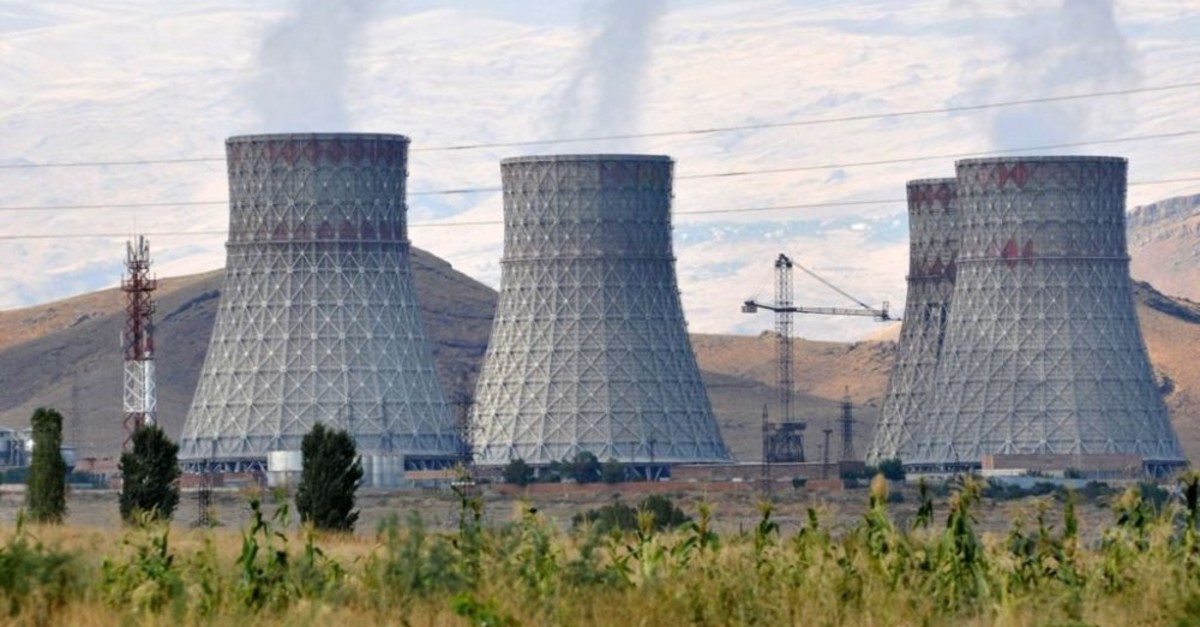 Metsamor nuclear power plant will remain operational at least until 2026.
by Daily Sabah with Agencies Apr 17, 2019 12:09 am

A workshop began in the eastern province of Iğdır Tuesday on the Armenian Metsamor nuclear power plant that is located close to this Turkish border province. The staff of local emergency authorities attended the workshop on radioactive emergency focused on the plant, which Turkey has repeatedly described as dangerous.

Metsamor is located some 16 kilometers away from central Iğdır and participants of the workshop will discuss details of an upcoming emergency exercise against a possible accident in the plant. Speaking at the opening of the workshop, Bülent Zeğem, provincial director for the Disaster and Emergency Management Authority (AFAD), said they would organize an exercise in June with the participation of AFAD teams from other cities. Associate professor Sertan Yeşil, an atomic energy engineer from the Turkish Atomic Energy Agency (TAEK) said they would assess radiation leaks from the plant and inform local authorities about monitoring radioactivity and taking samples in the three-day workshop. Metsamor is Armenia's only nuclear power plant and produces more than a third of the country's electricity.

The European Union has repeatedly called on Armenia to shut down the aging plant, citing security concerns. Instead, Armenia decided to extend the plant's operations until 2026.

Following an earthquake in 1988, Metsamor was closed. However, in spite of widespread international protests, it was reactivated in 1995. Armenia earlier rejected the EU's call to shut down Metsamor in exchange for 200 million euros ($226 million) to help meet the country's energy needs.

Turkey, which has not had diplomatic relations with Armenia since the 1990s, has urged Armenia to shut down the plant due to imminent danger the outdated plant posed to Turkey. It sent an official appeal to the International Atomic Energy Agency (IAEA) five years ago concerning the shutdown of the plant. IAEA and Armenian experts had agreed that the plant could remain operational until 2016 before Armenia decided to extend its lifespan to 2026.