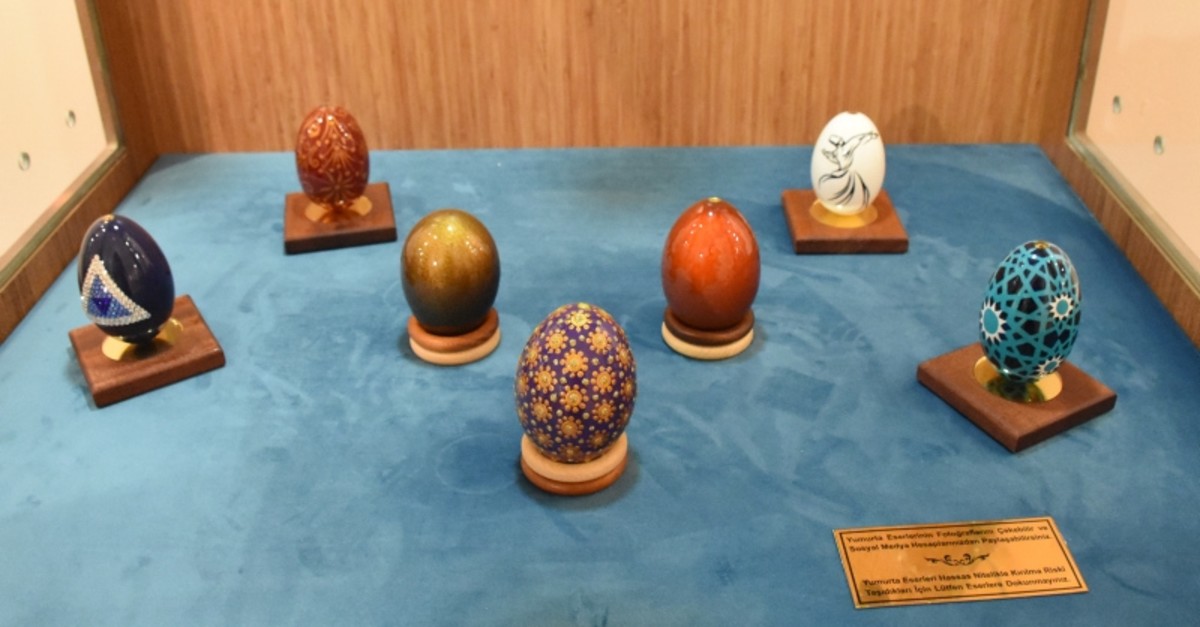 Turkey's first egg museum has opened in the country's western Afyonkarahisar province, showcasing various kinds of eggs belonging to different animals that have been transformed into works of art.

The museum, which is the 6th of its kind in the world, houses a series of eggs belonging to some 240 animal species, including those belonging to pythons, sharks, tortoises, loggerhead sea turtles — also known as Caretta Carettas, snails, grasshoppers and silkworms.

Mehmet Tanır, chairman of the provincial culture and tourism directorate, told Anadolu Agency (AA) that they had finally opened the museum after two years of work in Afyonkarahisar, which is the leading city in terms of egg production in Turkey with some 18 million of eggs produced each year.

Tanır said that they expect the number of local and foreign visitors to increase as the word gets out more and more about the museum.​ 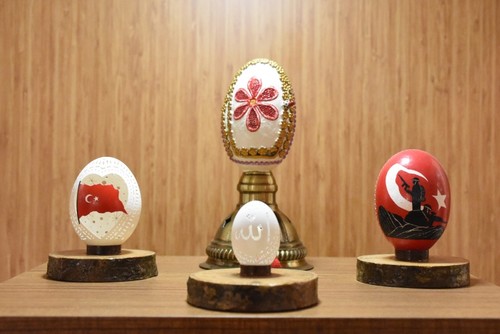 Mukaddes Dilan, an official from the museum said that there were eggs in the museum on which artists have imprinted their artwork in many different ways, along with other artworks such as paintings made out of thousands of eggshells.

The museum is also home to Turkey's largest ostrich egg. The smallest egg displayed in the museum belongs to a zebra finch bird.