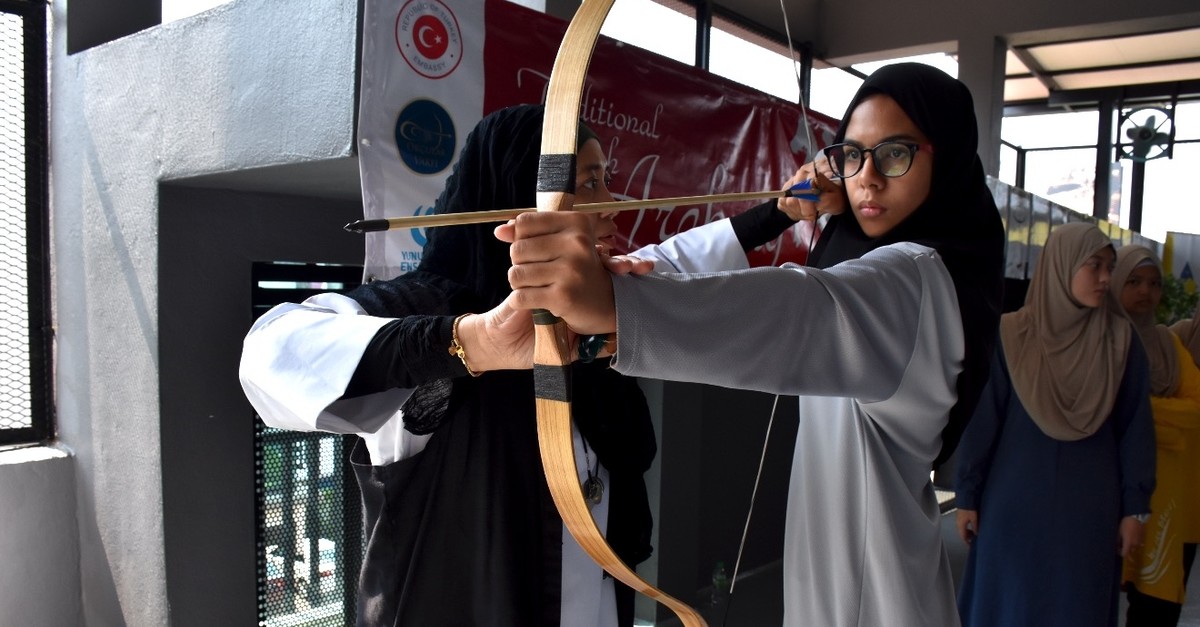 Traditional Turkish archery is seeing growing popularity in Malaysia after a local school included it in its curriculum. Since September 2018, more and more students have signed up to hone their skills in this ancient sport at the IDRISSI School. Currently, some 108 students, between the ages of 7 and 10, are undergoing training.

Turkish archery made inroads in the country courtesy of the Yunus Emre Institute and the Archers Foundation. They introduced the Archer Project two years ago in 16 countries, including Malaysia, where mounted archery is already a long-held tradition. Prior to the opening of the course, four Malaysian teachers were trained by the Archers Foundation last year. The Yunus Emre Institute also launched a separate archery course in January 2018 in Kuala Lumpur that ended with 50 successful graduates. Malaysia has since won the top title at an international tournament, organized as part of the Archer Project in October 2018.

The IDRISSI School in the Malaysian city of Shah Alam was the first to introduce archery in its curriculum as a 36-hour elective course. Speaking to Anadolu Agency (AA), the school's archery instructor Adriana Amin Zahari said students were very excited in learning archery and all were "very determined." "You need a strong mind, heart and body for archery. We also have autistic and dyslexic students taking archery lessons. We have discovered that they feel much better after the training," Zahari says. School principal Julie Wong said they picked Turkish archery as a selective course to help students be "more patient, calm and focused." She said they plan a trip to Turkey for archery students now and want to continue the courses in the next academic year as well.