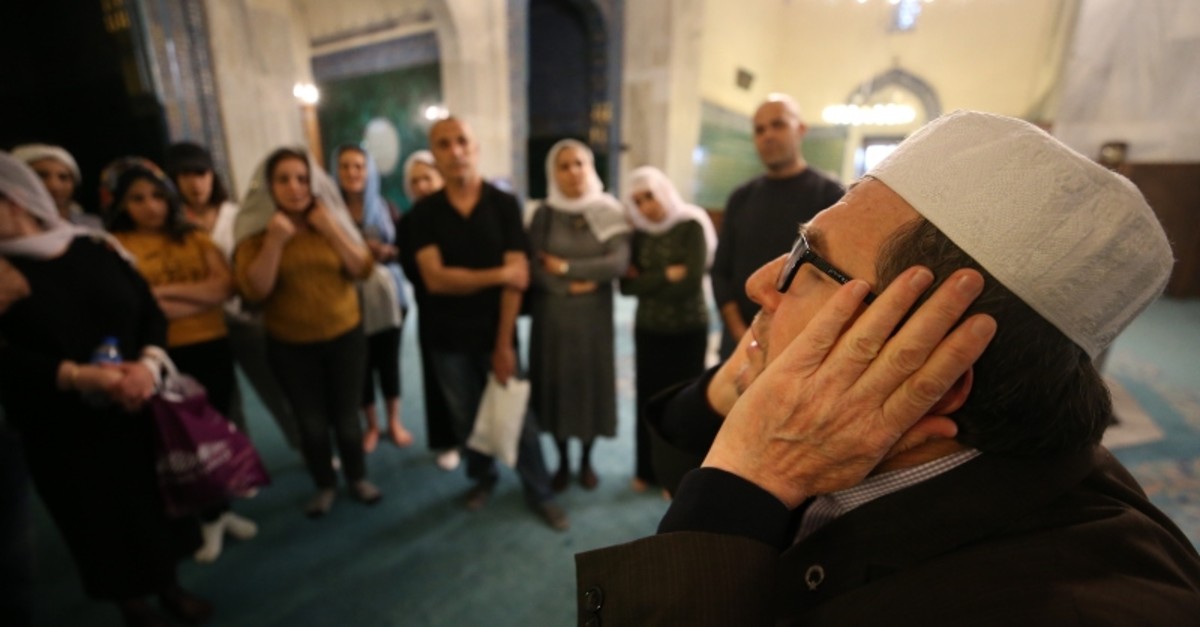 Almost everyone in Turkey has come across Recep Uyar's name through social media outlets or national news after he fascinated a group of tourists visiting the Ottoman-era mosque built in the 15th century.

He recites the call to prayer in five different forms, referred to as makams.

Uyar has been working at the Green Mosque since 2002, he told Anadolu Agency, adding that the adhan is one of the symbols of Islam.

He noted that the adhan is recited with the same tune at all prayer times in other Muslim countries.

"Our goal is to make sure that local and foreign tourists like our country, Islam and our mosque, have a grasp of our toleration and leave here with pleasure," Uyar said, adding that he is carrying on the Ottoman tradition which emphasizes beautiful recitation of the Holy Qur'an and the adhan.

"At times I see non-Muslims leaving here with tears in their eyes," Uyar said.

The call to prayer is recited five times in a day, including at dawn, midday, afternoon, sunset and night.