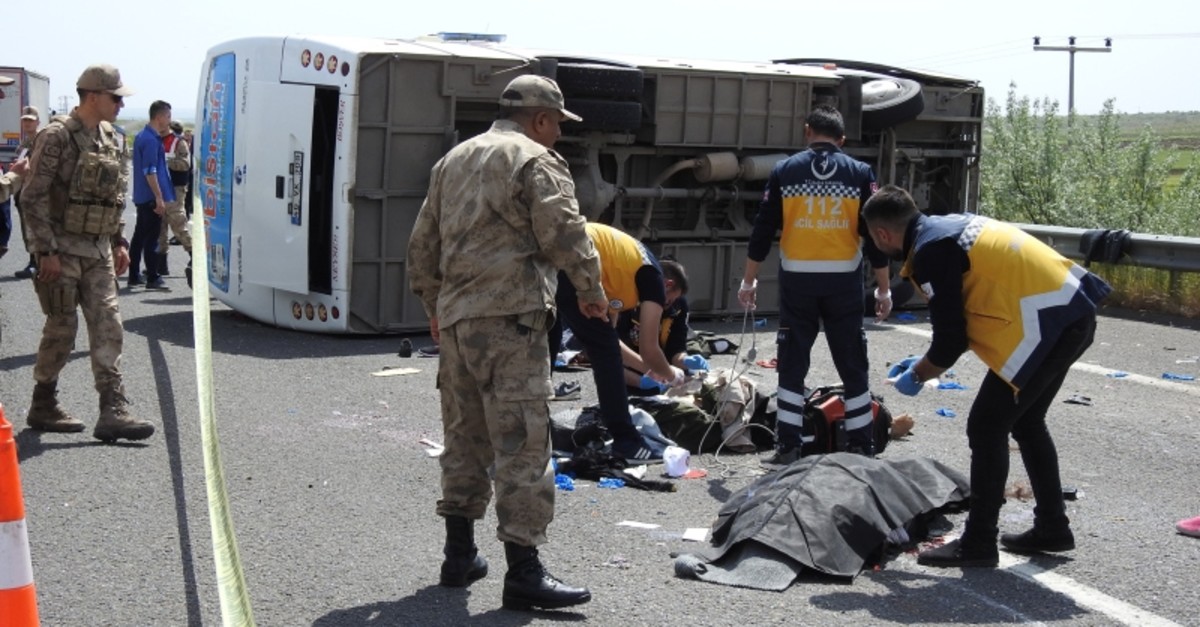 A midibus carrying workers to May 1 Labor and Solidarity Day celebrations in southeastern Turkey's Şanlıurfa overturned on Wednesday, killing 5 people and injuring 12 others.

The accident took place on the Şanlurfa-Birecik highway as an automobile's tire reportedly blew out while overtaking the midibus carrying the workers. The automobile collided with the minibus, causing it to overturn.

The passengers of the minibus were employees of the state hospital in Elbistan district of Kahramanmaraş province and were heading to organized, large-scale celebrations held in Şanlıurfa for the first time by the Confederation of Turkish Real Trade Unions (Hak-Iş) and Confederation of Public Servants Trade Union (Memur-Sen).

The celebrations were cut short after the accident and trade union representatives headed to the accident scene and hospitals.
RELATED TOPICS