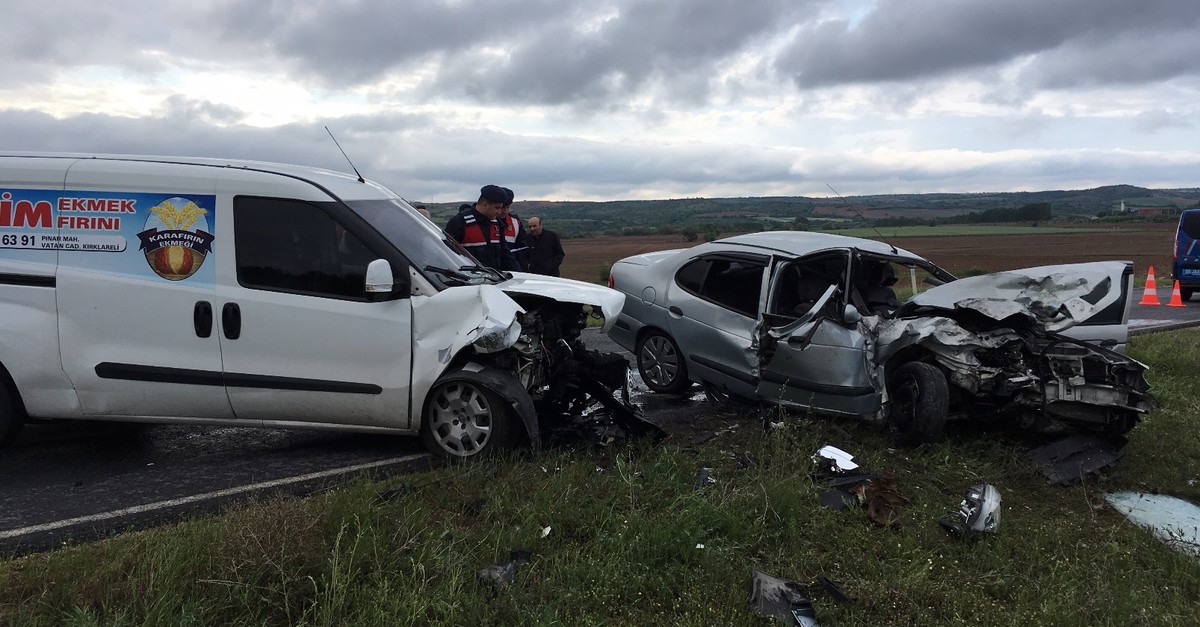 More awareness on the part of drivers and improved police inspections for road safety helped facilitate a decline in traffic accident casualties, with only 593 dying in accidents in the first four months of this year, the latest figures show

Traffic accidents claim the lives of thousands every year in Turkey, where reckless driving and blatant violations of road safety rules are the main culprits. A decrease in the number of fatalities in traffic accidents within the first four months of 2019 points out that measures like better police inspections and awareness campaigns have paid off.

A total of 593 people died in this period's traffic accidents across the country, and another 74,889 people were injured. This means a 41 percent decrease compared to the first four months of 2018 in fatalities and a 14 percent drop in the number of those injured in the accidents.

Causes of accidents varied, but motorists crashed their vehicles most "for failing to make their speed comply with road, weather and traffic conditions," officials say. In other words, speeding was to blame for most accidents, along with reckless changing of lanes, ignoring other vehicles and pedestrians.

Police seek to deter drivers from speeding and in the first three months of this year, police issued a total of TL 937.3 million in fines for motorists, vehicles, passengers and pedestrians. More than 36,000 motorists were also fined for drunk driving, while 231,635 vehicles were barred from traffic for their shortcomings and posing a danger to other vehicles and pedestrians.

New laws and regulations introduced last year brought strict measures against moving violations. Amendments to traffic laws made exceeding the speed limit punishable by a fine of TL 1,002, while motorists performing spins and drifts will be hit with a fine of TL 5,010. Drivers using a cellphone while behind the wheel will be slapped with a fine of TL 235. Exceeding the speed limit five times in a year will result in the confiscation of the offender's driver's license and motorists whose driver's licenses are confiscated twice within five years will be banned from driving. They will be able to renew their licenses only after an evaluation by a psychiatrist. Other fines under the new amendment scheme cover drivers not stopping at red lights and those endangering road safety by rapidly switching lanes.

Traffic accidents kill at least 1.3 million people yearly worldwide and are common in Turkey despite the country taking important steps to improve road conditions and carrying out a successful public awareness campaign against "traffic monsters." Turkey's efforts to improve traffic safety expanded this year with a "pedestrian-first traffic" campaign, an often-ignored part of road safety. In Turkey, it has been quite common for motorists to ignore the rights of pedestrians crossing the road on crosswalks. The government mobilized students this year to enlist their help to spread awareness to their parents to value the rights of pedestrians. All police officers, regardless of their unit, were also authorized to monitor and fine vehicles violating pedestrians' rights.

The Interior Ministry, which oversees road safety, also boosted police inspections by enlisting drones and ordinary citizens to monitor violations. Interior Minister Süleyman Soylu says that a switch to designated speeding areas on highways instead of "radar" practices also contributed to a decline in accidents, "despite an increase in the number of vehicles." Addressing a traffic safety event on Wednesday, the minister said they also invest in educating children, motorists of the future, on safety by setting up "traffic education parks," small-scale simulation models showing grade school students how to follow safety rules. The Interior Ministry also provides safe driving training for drivers involved in multiple accidents. Last year, some 2,700 drivers were trained in safer driving.