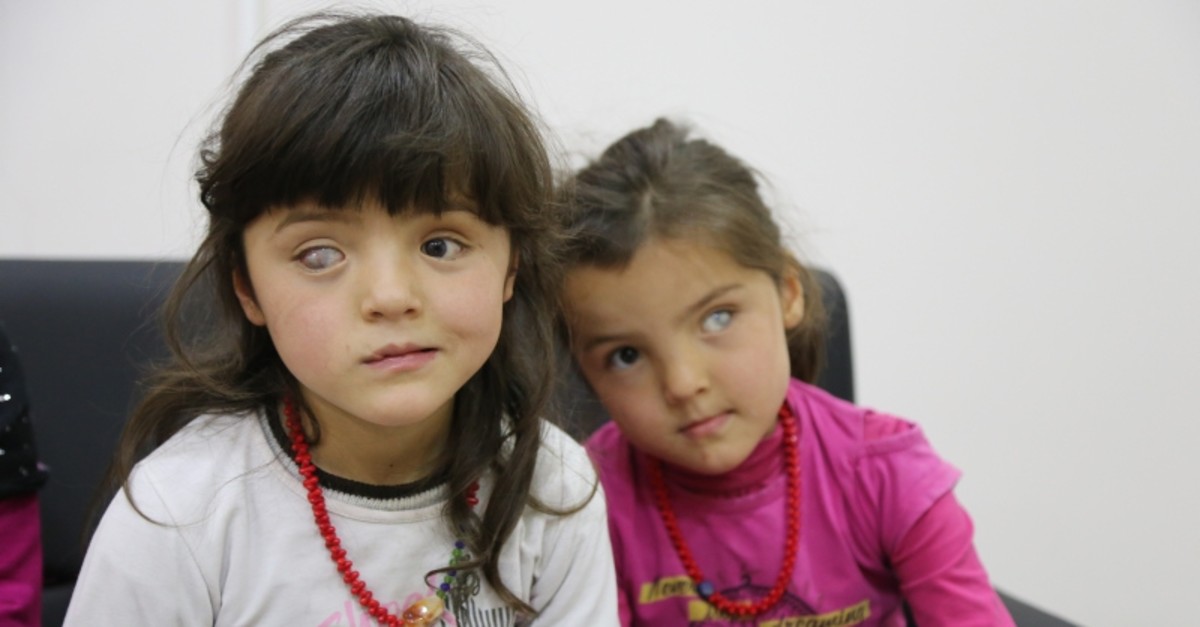 A visually-impaired Afghan refugee child, who took shelter in Turkey with her family three years ago due to the lack of necessary medical treatment in her home country, has regained her eyesight after a successful cornea transplant carried out by Turkish doctors.

The 7-year-old child is one of the visually-impaired twins of the Ahmadi family. The family has been living in central Turkey's Nevşehir province for three years after coming from neighboring Iran where the parents had searched for a treatment for their two girls, but could not cover the costs for an operation.

The family then came to Turkey with hopes of getting the necessary treatment for their children, and applied to the Kapadokya Psychically-Disabled and Handicapped People's Foundation in Nevşehir.

After Mehmet Yurtseve, the chairman of the foundation, informed authorities about the twins' situation, Zohreh Ahmadi, one of the twins who was about to completely lose her sight, underwent an operation on one of her eyes in a hospital in the Turkish capital Ankara thanks to the contributions of the Governorate of Nevşehir and the Health Ministry.

Khaledeh Ahmadi, the mother of the twins, told Anadolu Agency that her children got sick when they were one-years-old and when they were given an injection for their high fever in a hospital in Afghanistan they became partially blind.

Ahmadi thanked all the Turkish authorities for giving her children the opportunity to see the world again.

The family is now waiting for suitable corneas to be found so that Zohreh can undergo a second surgery for her other eye and for her sister Fatemah Ahmadi so that she can regain her eyesight as well.