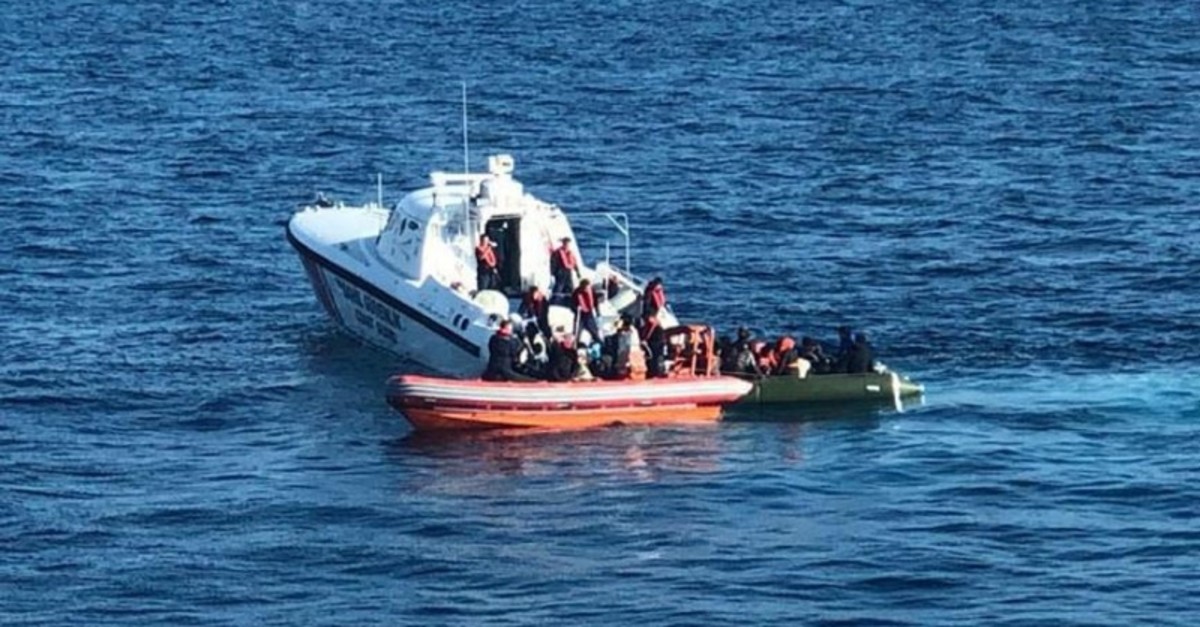 At least 757 irregular migrants were held across Turkey on Saturday, according to security sources.

The military spotted several groups of 534 irregular migrants in northwestern Edirne province -- who were planning to illegally cross the border -- and took them into custody, said a source, who asked not to be named due to restrictions on speaking to the media.

Moreover, the Turkish Coast Guard detained 223 irregular migrants off the coast of western Aydın and Izmir provinces, another source said.

The migrants are Afghan and Iranian nationals who were planning to cross the Aegean Sea from Çeşme, Kuşadası and Didim districts to reach Greek islands, the source added.

All the migrants were later referred to provincial migration directorates.

Turkey has been the main route for refugees trying to cross into Europe, especially since the beginning of the civil war in Syria.

Some 268,000 irregular migrants were held in Turkey in 2018, according to the Interior Ministry.

The migrants were mostly Afghan, Pakistani, Syrian and Iraqi nationals.