Irishwoman settles in Turkey to bring smiles to refugees 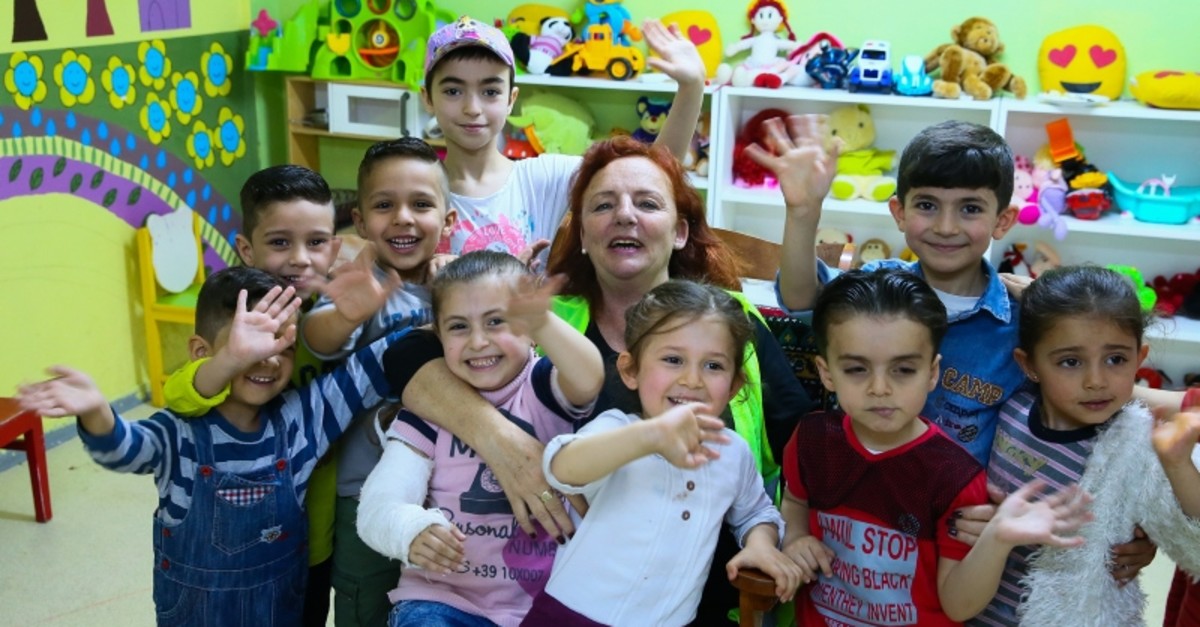 Anne O'Rorke left behind her three sons and husband in Ireland to move 4,000 kilometers (2,500 miles) away to Turkey to help relieve the suffering of refugee women and children.

"Even though I am unable to completely erase the dreadful experience for them, I put an effort to help them overcome (such trauma) and move on with their lives with hope," said O'Rorke.

Deeply affected by the tragedies of Syrian refugees who escaped from the horrors of the brutal civil war, O'Rorke first went to Greece. However, she was dumbfounded when she saw that refugees who came to the country were welcomed by rubber bullets and tear gas. Her horror in the face of the actions taken by Greek security forces against refugees led O'Rorke to change her course to Turkey's western province, Izmir.

With a limited budget, she rented a former shoe factory and transformed it into a community center, called Team International Assistance for Integration (TIAFI) that offers social services. Dozens of volunteers inspired by O'Rorke came from various countries and joined her in the community center to empower Syrian refugees and help them find their way in Turkish society. 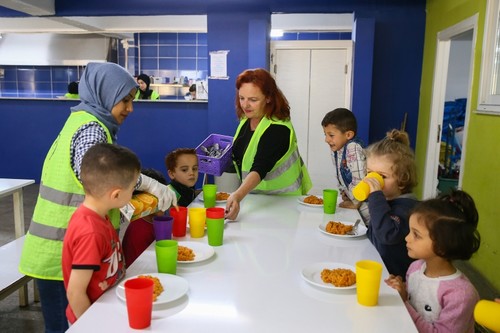 Refugees can enjoy a children's playground, sports centers, workshops for sewing, handiwork and art, rehabilitation centers and after-school services of the community center. Thanks to the community center, 160 refugees can eat daily while 49 children crippled by the clashes can receive physiotherapy and rehabilitation from experts who volunteer there. Syrian refugees traumatized by the war can be reached through social media consultation services of the center. The center also offers its help to refugees in their daily lives, ranging from finding jobs to enrolling children in schools.

Touching upon the services offered to refugee children, O'Rorke told Anadolu Agency (AA) that Turkish teachers teach additional courses to Syrian refugees, who may have difficulty understanding the language.

"We also invite Turkish students to spend their time here. Children learn the Turkish language faster this way. There is no discrimination for Turkish children or the Syrian children," O'Rorke said. 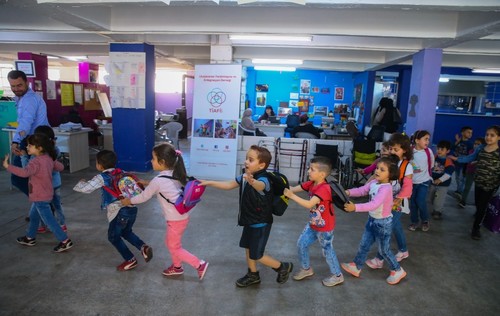 Stressing that there are also skills-oriented courses for refugees and Turkish women, she stated that women participating in these courses could find jobs easily and earn.

O'Rorke said that since their center is expanding day by day, they need more support and volunteers.

In relation to the issue, Pervin Aydar, a volunteer at the center said: "We witness a tremendous amount of sufferings. Yet, despite all this sorrow, we also see refugees who manage to smile. They teach us to stay strong."

Aydar said the center has no religious or political affiliation. "We have volunteers from many different countries. This center is open to all those in need. The door is also open to all who want to support," she said.

The civil war in neighboring Syria has saddled Turkey with the task of addressing challenges stemming from the ongoing crisis. Pursuing an open door policy, Turkey has received a constant flow of displaced Syrians fleeing the conflict, with the numbers of refugees expanding from mere thousands to more than 3.5 million, by far the most among refugee-hosting countries.

Nearly 1.6 million of the Syrian refugee population are children in Turkey and nearly 300,000 Syrians were born in Turkey since 2011. With the aim of meeting the needs of refugees, the country has spent more than $32 billion from its own national resources. Aside from meeting the basic needs of refugees, Ankara has been focusing on providing education to refugee children to prevent these children from becoming a "lost generation" and equip them to rebuild their own countries in the future. As there is no end in sight for the war, pushing refugees to ponder a longer stay than they planned, Turkey has been exerting efforts for the socio-economic integration of refugees within the country.