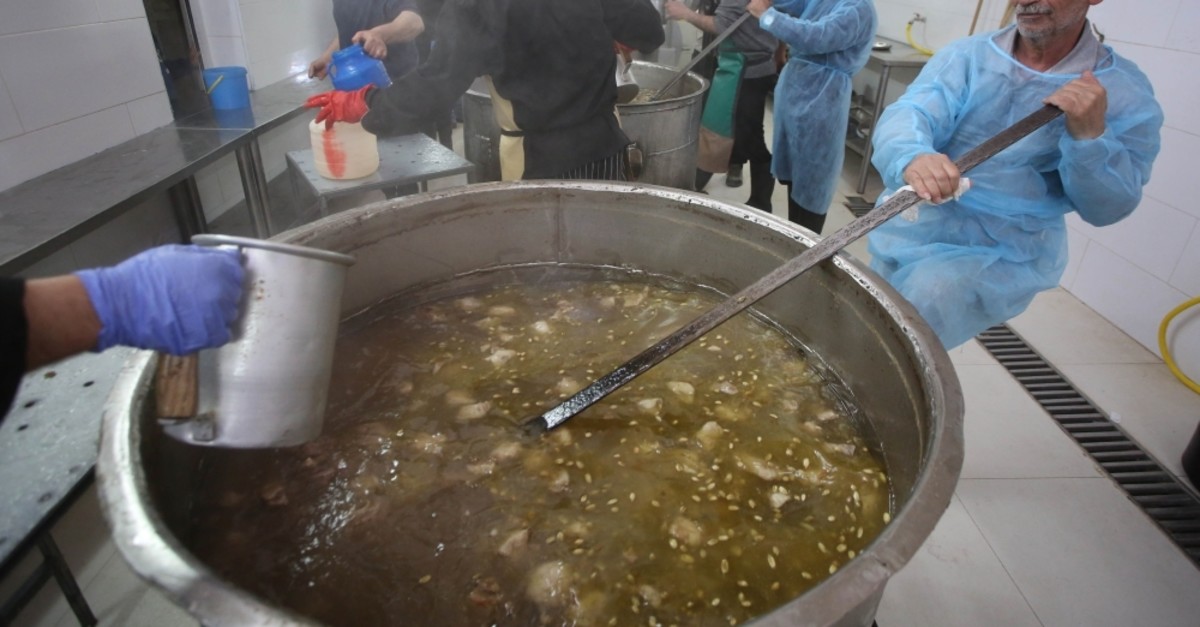 The Ibrahim Lodge in al-Khalil, a town in the West Bank under Israeli blockade, has opened its doors for the faithful for the holy month of Ramadan. Some 5,000 people are served iftar, a meal to break the Ramadan fast, at the ancient complex restored by the Turkish Cooperation and Coordination Agency (TİKA). The lodge built during Ayyubid rule in the 13th century is operated by a group of volunteers nowadays. They continue the centuries-old tradition of serving meals to the needy, the elderly and the homeless.

TİKA which is a development aid agency for the Turkish state, last year completed the restoration of the building which, for centuries, both served as a place to feed the needy and travelers and an important center of religion in the region for hosting dervishes. Though it is open throughout the year, the lodge is busier during iftar dinners where the faithful rush to break their daily fast.

Louay al-Khatib, who runs the lodge, says the venue has been a symbol of charity both under the Ayyubid and Ottoman rule in the area. "Turks have always cared about the lodge since the Ottoman times and TİKA helped its restoration. They helped in the expansion of the kitchen and dinner hall," al-Khatib told Anadolu Agency. He said the lodge used to have a mill and bakery in the past to prepare the meals and they had a ritual of beating drums three times a day to alert those in need when food was about to be served. Now, donors have taken up the task and fund meals brought in to the lodge. "People race to donate competing with each other," al-Khatib says.

Shaima, an 11-year-old girl, visits the lodge every day to take meals for her family of seven. She said her father died in a traffic accident four years ago and though her mother works multiple jobs, they can't always afford food.

TİKA, for its part, delivers daily iftar meals to Palestinian families in the Gaza Strip, another Palestinian territory besieged by Israel. Along with meals, the agency distributes food packages to families across the coastal enclave throughout Ramadan. The agency is among Turkish charities like the Red Crescent, Humanitarian Aid Foundation (İHH) and Yardımeli which have been active in delivering humanitarian aid on the occasion of Ramadan, a month of giving in Islam.

The agency is at the forefront of efforts to help Palestinians, a nation that strives to survive in the face of Israeli oppression.

More than 500 aid and development projects were carried out by the agency over more than a decade and it encompasses everything from hospitals and clinics to food aid and an olive oil processing plant.