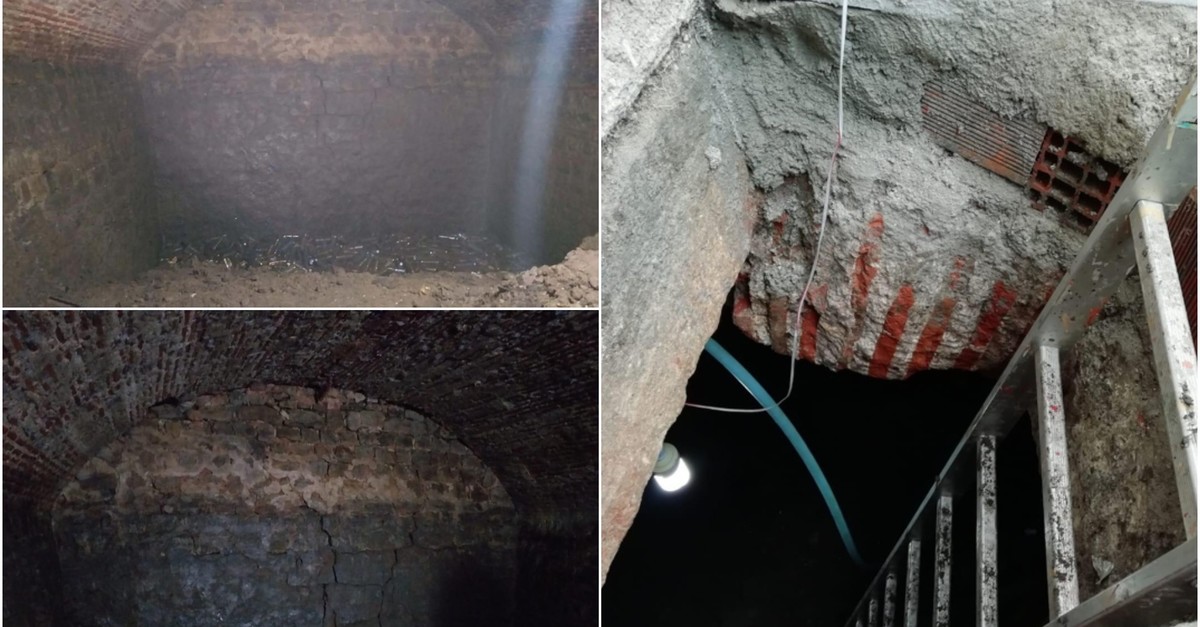 A historical structure believed to belong to the Byzantine era has been unearthed from beneath a restaurant in northwestern Turkey's Edirne province.

The discovery was made by units from the Edirne Regional Directorate of Protection of Cultural Assets in the Zindanaltı neighborhood of Kaleiçi.

A preliminary examination revealed that the vaulted structure is made out of Khorasan mortar (mortars containing brick or tile powder and lime) and the height of its entrance through controlled doorways points to it most likely being a dungeon.

The purpose of the establishment and the exact period in which it was built will be determined at the end of a full-scale examination.

Further research will also reveal whether the structure, which is located near the historic walls of the city, has any connection with other historical constructions via tunnels.

Declared a city by Roman Emperor Hadrianus, Edirne was initially named after Hadrianapolis and was an important city during the Byzantine era as well as during Ottoman rule as the former capital of the empire.