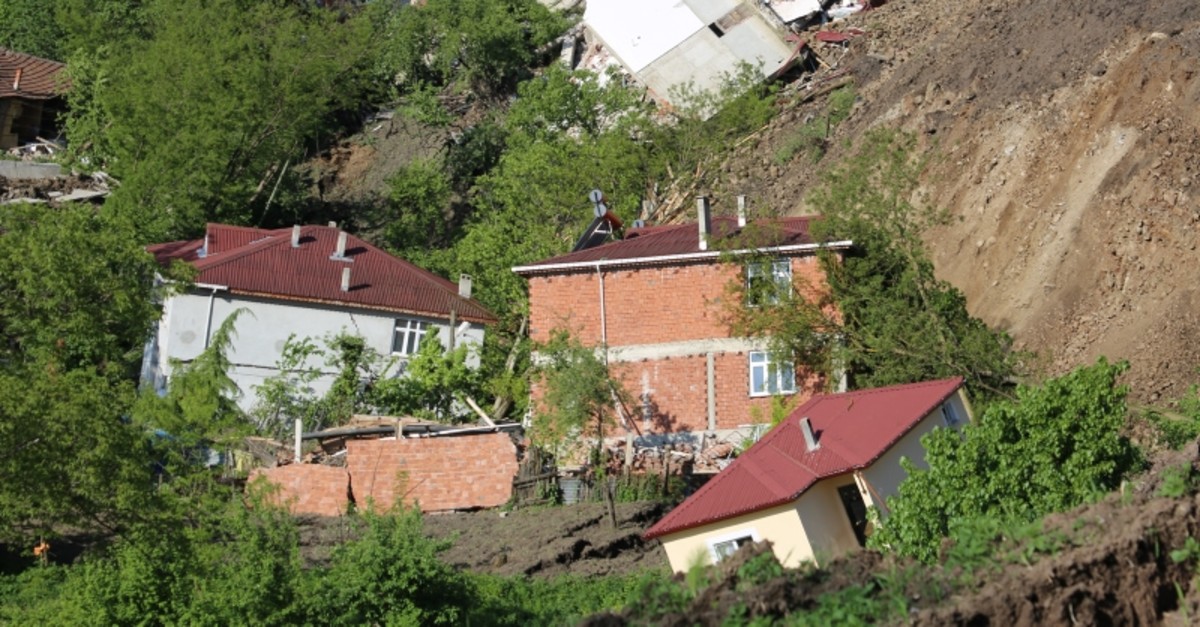 A massive landslide destroyed 53 buildings and a mosque in the Black Sea province of Ordu in northern Turkey early Thursday.

"So far we had to evacuate 61 buildings and 80 houses; 22 buildings, 31 houses and a mosque were unfortunately destroyed," Ordu ​Governor Seddar Yavuz told reporters.

Yavuz added that the authorities continue to provide residents of evacuated homes with financial support to pay for rent.

Some 29 houses in the landslide site in Aybastı district were evacuated back in February, slumping first occurred.

The landslide also left some houses and buildings, including a mosque, slanted.

Following an investigation in the area, the authorities decided to evacuate Sağlık neighborhood, which was home to 70 households.

The gendarmerie took security precautions and blocked entrance to the landslide area.