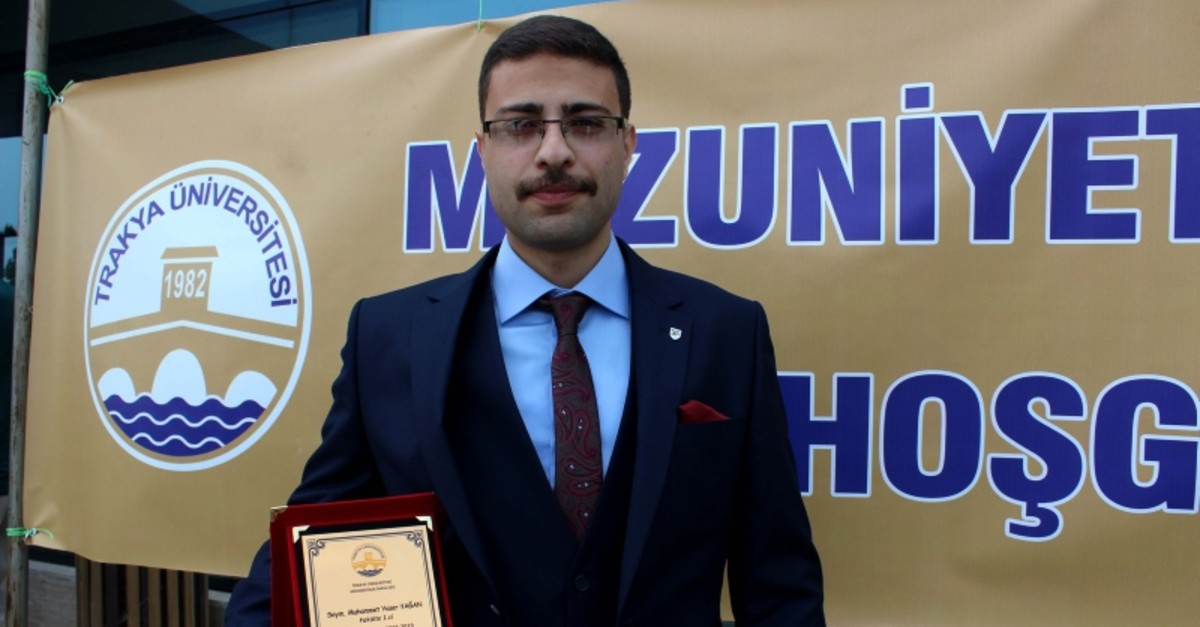 A Syrian student, who had to leave his country after high school due to the ongoing brutal civil war, has graduated from a university in northwestern Turkey as the top of his class.

Muhammad Yaser Yağan had been enrolled in Homs University's Department of Electronic and Communications Engineering in 2014 but had to leave the school due to increasing conflicts in the region and came to neighboring Turkey's northwestern city of Trakya to seek refuge.

Thanks to the government's reintegration for Syrians, 23-year-old student earned the right to continue his education at Trakya University's Electric and Electronic Engineering Department after taking a one-year preparatory Turkish class.

Graduating from the university as valedictorian, the Syrian student received his degree and certificate of achievement from Deputy Dean Professor Muhammet Murat Tahir during the graduation ceremony held on Monday.

Speaking to reporters after the ceremony, Yağan said he felt indescribable happiness.

Yağan said that after the war started in 2011 they had to "leave our own neighborhood, the area we live. The living conditions were very difficult due to war."

He also said that his mother came to Turkey, too, last year and they have been living together since.

Yağan noted that he is very happy to be in Turkey and "very grateful", adding that he thought he had to pay his debt in some way.

"I owe much to the Republic of Turkey and the Turkish nation," he said, also thanking his professors for never making him feel like a foreigner.