Yassıada: Island at the heart of 1960 coup transformed into place of remembrance 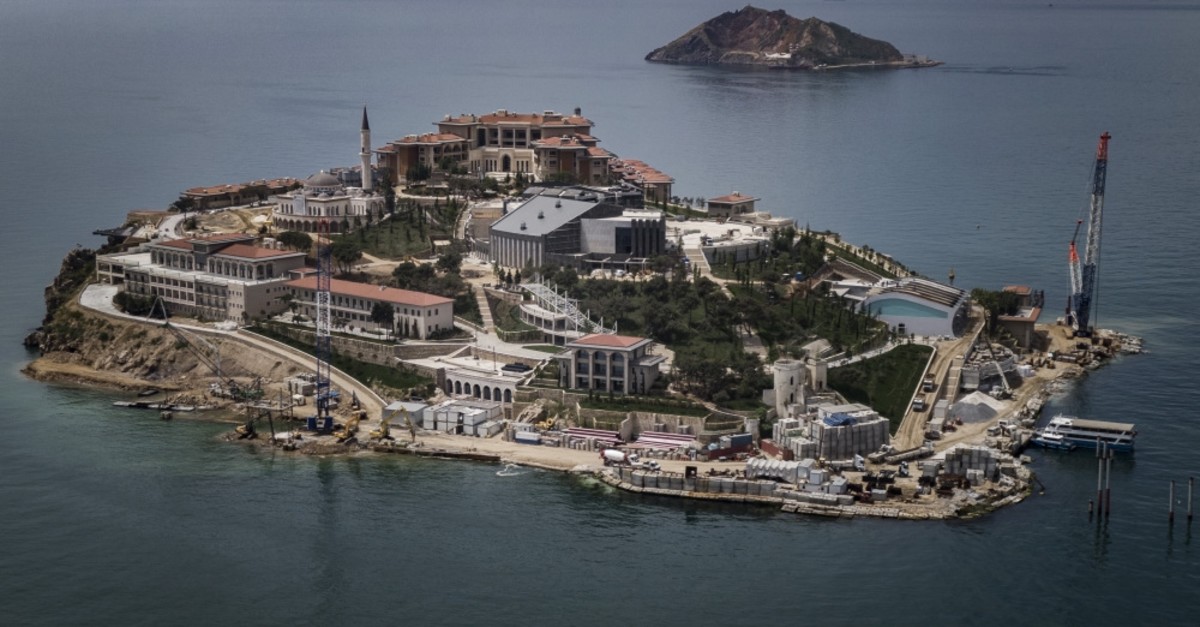 The island had been empty for years before work to show its dark legacy to visitors began four years ago.
by Daily Sabah with Agencies May 24, 2019 12:04 am

Next week will mark the 59th anniversary of a coup that ended with the execution of a prime minister and ministers. Yassıada, the island where they were tried by putschists, is finishing up preparations to open as a venue to remember the nation's virtues of democracy

A symbol of the darkest era in the history of the republic, Yassıada in the Marmara Sea aims to be a beacon for democracy and freedom with its transformation.

Nicknamed "Democracy and Freedom Island" after its transformation over the past few years, new facilities on the island are set to be opened later this year on the 59th anniversary of the 1960 coup, whose culmination took place on the island.

Prime Minister Adnan Menderes was among those who were imprisoned and tried on Yassıada after the coup on May 27, 1960. President Recep Tayyip Erdoğan, who counts Menderes among his role models in politics, is expected to visit the island on May 27.

Four years of work on the island have changed the place into the home of a massive complex where a 125-room hotel, a 600-seat conference hall, a mosque, museum and exhibition halls, as well as cafes and restaurants are now located. Workers are putting the final touches on the construction work on the 18.3-hectare island.

The island was run by the Naval Forces until 1993 before being transferred to Istanbul University's Fisheries Department. The university abandoned ownership two years later and the few surviving buildings on the island fell into disrepair. The government has pledged to revamp it as a place to remember the coup, the first in the history of the republic, and to host events on democracy and freedom on the island.

Menderes and his two ministers, Hasan Polatkan and Fatin Rüştü Zorlu, were three of the 15 sentenced to death at the trials held on Yassıada, which was a no-go zone for decades. While the rest were pardoned, the death sentences of the three leading politicians were carried out on the nearby İmralı Island soon after the decisions were handed down by military tribunals.

Menderes was the founder of the Democrat Party (DP) in 1945, which broke from the Republican People's Party (CHP) that had been governing the country as a single-party system since the founding of the republic and led it in the first multiparty elections in 1946. In the 1950 elections, the DP won a parliamentary majority and ran the country until the May 27, 1960 military coup. Menderes is seen as the first democratically elected prime minister of the country. His term saw significant changes to counter the strict secularist policies of the preceding CHP era that alienated significant portions of the nation, coupled with economic reforms and major diplomatic realigning, including membership to NATO. The DP is seen by many as the predecessor of the liberal-conservative political movements of the Justice Party (AP) of the 1960s and 1970s, the Motherland Party (ANAP) of the 1980s and the ruling Justice and Development Party (AK Party).

The 1960 coup paved the way for future coups and coup attempts as the military, which viewed itself for a long time as the sole custodian of democracy, overthrew governments they did not like. Another significant coup followed 20 years later, disrupting democracy once again. Turkey was on a steady political path with no shaky coalition governments for more than a decade when soldiers, this time those aligned with a terrorist group, tried to seize power in 2016. A total of 251 people were killed and many more were injured when soldiers associated with the Gülenist Terror Group (FETÖ) attempted to overthrow the government and killed civilians opposing them three years ago.