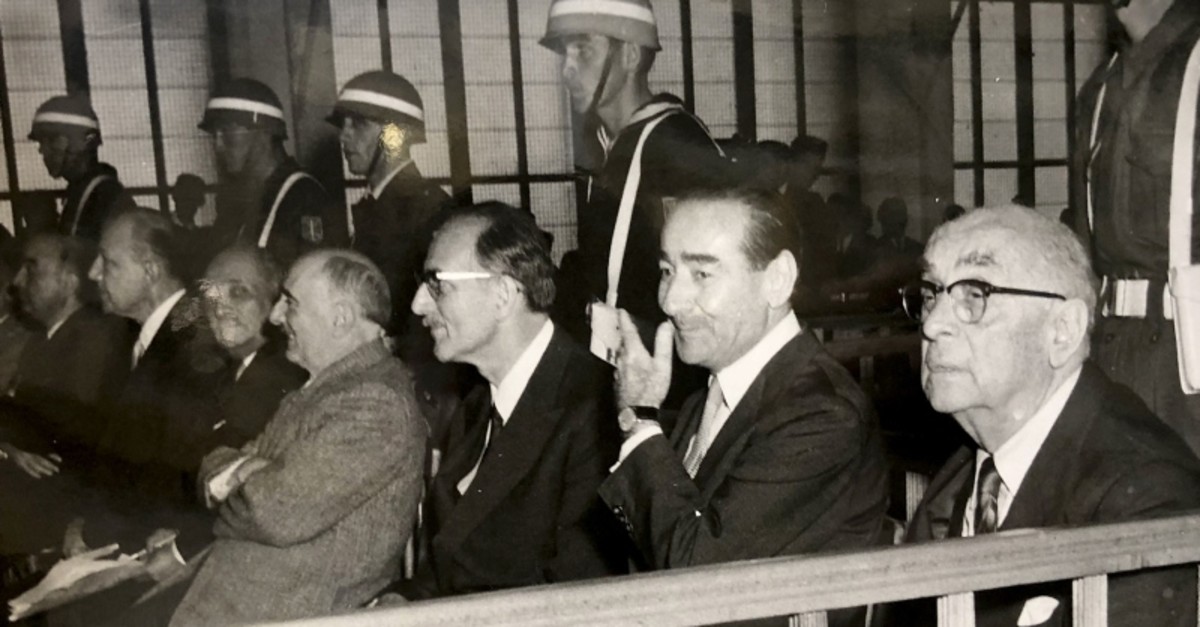 It was a somber occasion compared to the anniversary of a more recent coup attempt, but activists and politicians remembered the victims of the 1960 coup on Monday all the same. The coup that overthrew the Menderes government 59 years ago was the first fatal blow to Turkish democracy in the fledgling Republic of Turkey.

The ruling Justice and Development Party (AK Party), which prides itself in following in the footsteps of Prime Minister Adnan Menderes for development, held events countrywide, while a group from the party visited the graves of Menderes and his two ministers who were hanged by the putschists. The Democrat Party (DP), which claims to be the spiritual successor to the party of the same name founded by Menderes, also held a commemoration ceremony by the graves of Menderes, his Finance Minister Hasan Polatkan and Foreign Minister Fatin Rüştü Zorlu.

On Sunday, President Recep Tayyip Erdoğan visited Yassıada where Menderes and senior cadres of his DP were tried for months by putschists. Presidential Spokesman Ibrahim Kalın shared an online message on the occasion. "Those who ignore the people's will are doomed to lose. Menderes, Polatkan and Zorlu, on the other hand, will live in the hearts of the people," Kalın said. The spokesman said that the 1960 coup "said a lot" about the warped foray into modernization and the people's fight for democracy.

On May 27, 1960, a group of 37 relatively low-ranking officers instigated a military coup to topple the Menderes government, which had been in power since 1950. They accused the government of leading Turkey into a regime of oppression and down a path of political turmoil.

The DP was the first democratically elected party to win the elections in the republic's history. The Republican People's Party (CHP), established by the Turkish Republic's founder Mustafa Kemal Atatürk, had ruled the country since the founding of the country in 1923 until 1950.

The DP won the 1950 elections with more than half the vote. Its socio-economic policies helped the party cement its success in the 1954 and 1957 elections.

Nevertheless, anti-government protests gained momentum, and student riots at universities led to the declaration of martial law. The main opposition CHP, chaired by the country's second president, Ismet Inönü, was the government's strongest critic, and eventful CHP rallies further fueled tensions between the CHP and the DP.

The CHP is accused of inciting unrest among the public against what it called the "dictatorship" of the Menderes government.

On May 21, 1960, a group of cadets from the Turkish Armed Forces War Academy took to the streets, which marked the first sign of the upcoming coup. Six days after the cadets' "silent march," a group of mid-ranking military officers calling themselves the National Unity Committee declared the coup, removing the government and dissolving Parliament.

Despite arresting the chief of the general staff, the coup plotters encountered significant opposition from generals, one of whom announced his intention to come to Ankara at the head of his army to arrest the plotters if the coup regime was not headed by a senior military officer. As a result, retired Gen. Cemal Gürsel was recruited to head the coup regime, which pushed into retirement 235 generals and 3,500 lower officers and 520 judges and prosecutors in an attempt to place both the military and the judiciary under its control. All government officials from Menderes down were detained. In a coup declaration broadcast on the radio, the coup leaders said, "A crisis of democracy and public unrest forced the Turkish Armed Forces to take over the rule of the country against a likely civil war."

The coup also marked the beginning of what many see as the darkest page in Turkey's history. Menderes, the first prime minister of the country elected democratically, and ministers Zorlu and Polatkan were hanged in September 1961 after the notorious Yassıada Trials. President Celal Bayar, DP lawmakers, Chief of Staff Rüştü Erdelhun, some top military officers opposing the coup and bureaucrats were detained.

Parliament passed a law in 1990 that restored their honor and enabled the transfer of their bodies, which were buried on an island, to graves located under a monument dedicated to them in Istanbul.