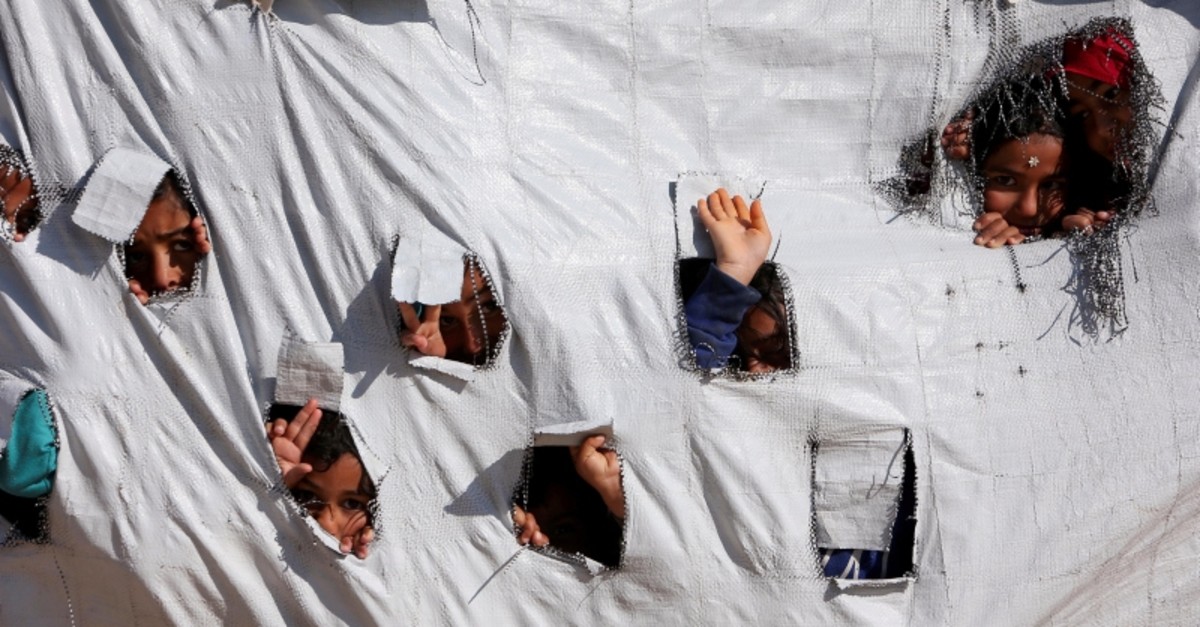 Children look through holes in a tent at al-Hol displacement camp in Hasaka governorate, Syria, April 2, 2019. (Reuters Photo)
by Compiled from Wire Services May 29, 2019 12:34 pm

Iraq has handed over 188 Turkish children of suspected Daesh members to Turkey in the presence of government officials from both countries and UNICEF, a judiciary spokesman said Wednesday.

"The central investigations court which is responsible for the terrorism file and foreign suspects has handed the Turkish side 188 children left behind by Daesh terrorists in Iraq," Judge Abdul Sattar Birqdar said.

He added that the figure included "a small percentage" of those who had "come of age" and had been convicted with illegally crossing the border and served out their sentences. Children can be held responsible for crimes in Iraq starting the age of nine.

Most of the fathers who joined the ranks of Daesh with them have died in the conflicts, leaving their children unaccompanied. After the terrorist organization was wiped out from Iraq, the children and wives of the Daesh fighters were detained and placed in prison.

Some of the women were sentenced to death by Iraqi courts while others were punished with life imprisonment. Turkey has long been expending tremendous efforts to bring back unaccompanied children to their countries.

At the height of Daesh's power, hundreds of foreign fighters including Turks streamed in to join the self-proclaimed caliphate. Some militants took their young children with them to Daesh-controlled areas in Syria and Iraq.

Following a period of expansion from 2014 to 2015, Daesh went into a gradual decline, with the U.S.-led coalition bombings weakened the group. The international community has been fighting against Daesh for years, but this bloody group remained undefeated with its militias.