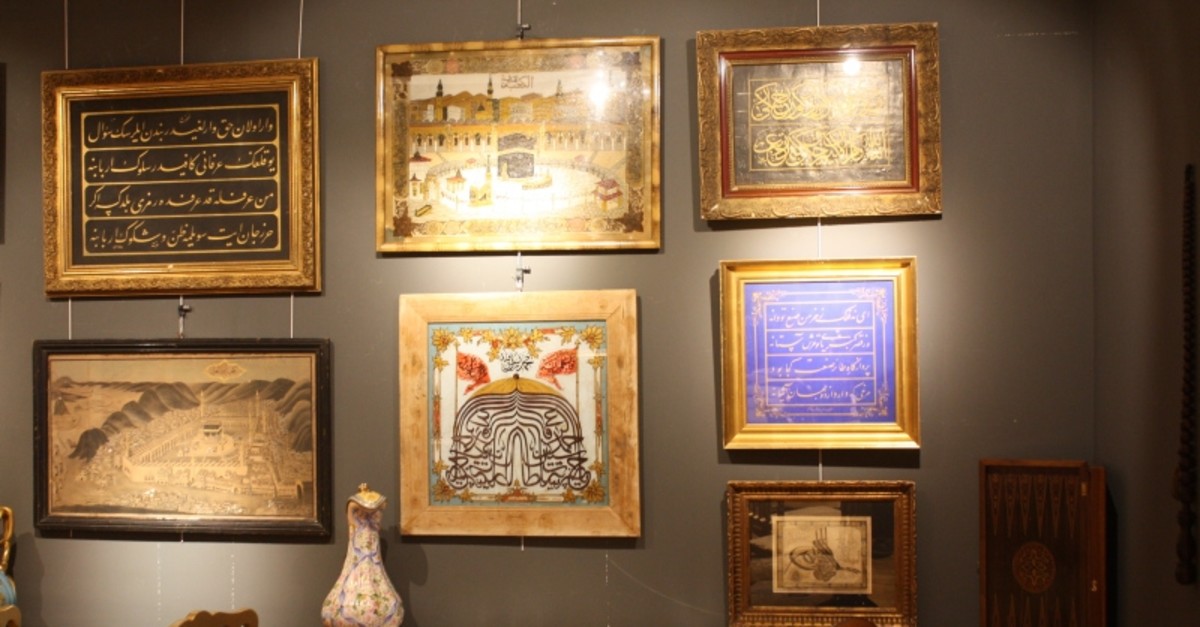 158-year-old Ottoman calligraphy was sold for 55,000 Turkish liras ($9,142 at an auction on Wednesday, fetching the highest price tag among auctioned items in Istanbul.

The calligraphy work, made in 1861 by Çırçırlı Mehmed Ali Efendi and engraved on a black surface with a special technique called "zerendud", was sold at the "Ottoman Art and Combined Artworks" auction held by the Eker Gallery.

Yusuf Şimşekçaktı, the owner of the gallery and director of the auction, told Anadolu Agency (AA) that the turnout and participation in the auction, which was held for very specific artworks, was above expectations.

"At the auction, there were pieces from our own collection as well as those from our friend's collections," said Şimşekçaktı.

The auction, which lasted for about two hours, also showcased nearly 200 pieces of artifacts including paintings, sculptures, and rosaries.