Migrants tortured by Greek police, illegally pushed back to Turkey 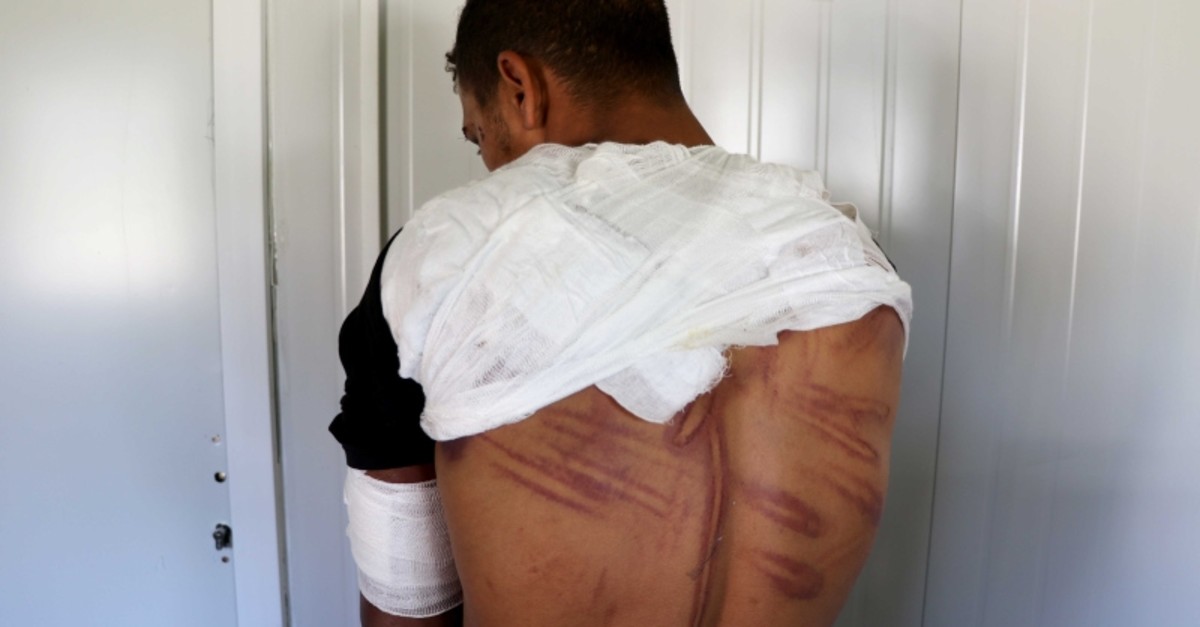 Three migrants allegedly tortured by Greek security forces and illegally pushed back to neighboring Turkey were found by Turkish border units and are being provided medical treatment in northwestern Edirne province.

Iraqi national Ibrahim Khidir (35) and Egyptian nationals Hassan Mahmoud (18) and Ahmed Samir (26) were found in a rural area, half-naked and exhausted with deep marks from plastic bullets and battering on their bodies. They were taken under protection by soldiers, who gave first aid to the migrants before handing them over to the provincial migration management directorate. 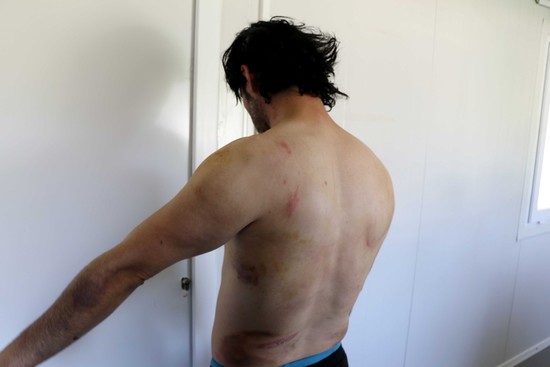 The migrants told reporters that they crossed into Greece with a group of seven other illegal migrants after making arrangements with human smugglers in Istanbul's Esenyurt district. They were held by the Greek police at the coach station in the border district of Didymoteicho while trying to travel to Thessaloniki. They were then taken to a local police station, where they spent two days along with 35 other illegal migrants and were denied any food.

The migrants said they were divided into groups of 10 and boarded boats with two Greek police officers accompanying each and six officers watching guard. They were pushed back to Turkey through the Maritsa River (Meriç in Turkish, or Evros in Greek) forming the border with Greece.

The violence that began at the police station, which included battering with truncheons, shooting with plastic bullets and electroshocks, continued at the riverside and on the boats.

Khidir told reporters that Greek security forces captured him in Didymoteicho and tortured him with electroshocks, rear-handcuffing and plastic bullets fired at his body. His clothes and money were taken when he was detained. 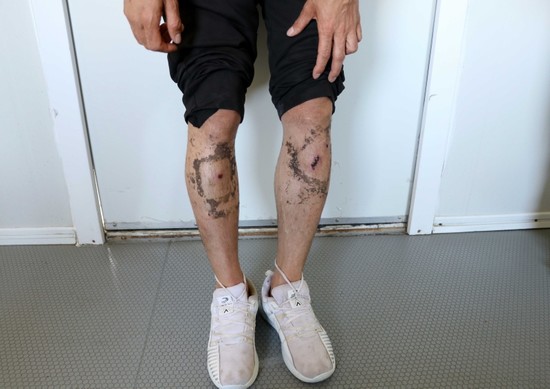 Turkish soldiers treated them very well and took care that they received treatment, according Khidir.

Mahmoud and Samir also said that they were pushed back to Turkey after being stripped of their clothes and beaten up.

Under international laws and conventions, Greece is obliged to register any illegal migrants entering its territory; yet, this is not the case for thousands of migrants were forcibly returned to Turkey especially since the beginning of refugee influx into Europe in 2015. Security sources say that accounts of migrants interviewed by Turkish migration authority staff and social workers show that they were subjected to torture, theft and other human rights abuses. Several migrants were also found frozen to death after being left in desolate areas.

Similar incidents have also taken place on the Aegean, in which migrants and Turkish locals accused the Greek coast guard of deflating their boats or re-routing them back to Turkish territorial waters.

Bulgarian border authorities were also accused of abuses targeting migrants and pushing them back to Turkey in several incidents.

However, some desperate migrants still take the route across the better-policed land border between Turkey, Greece and Bulgaria, especially in winter months when a safe journey through the Aegean is nearly impossible aboard dinghies.