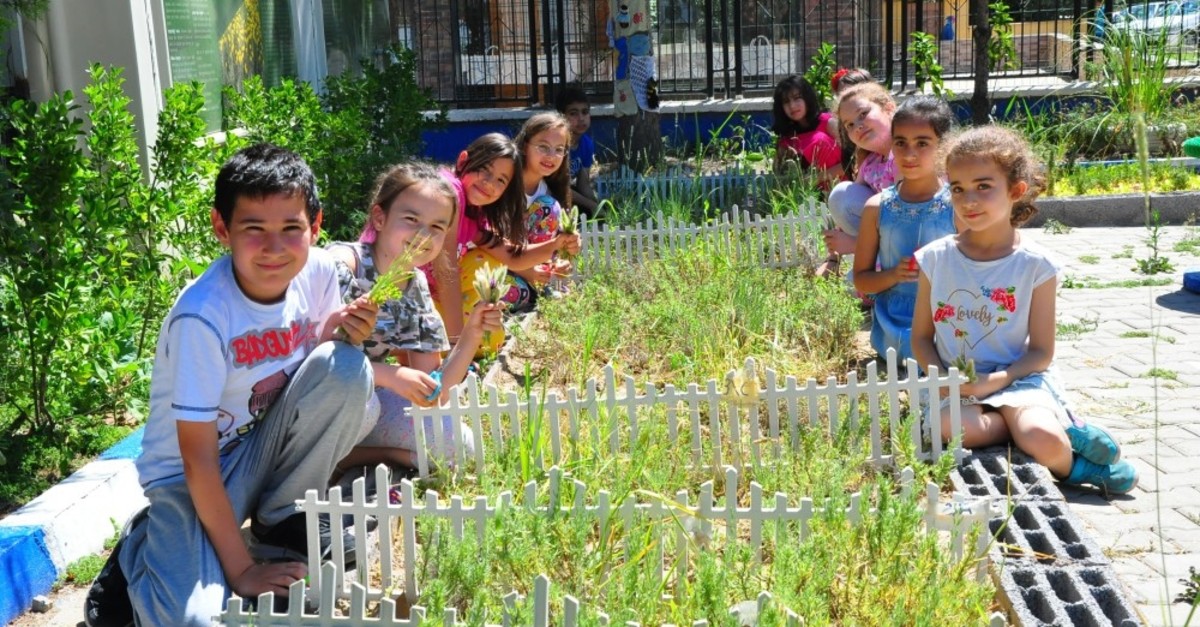 In a small corner of the courtyard of Mehmet Suphi Egemen Primary School lies hope for a number of Africans facing limited access to medicine.

Students under the supervision of their teachers are growing medicinal plants at a garden set up with funds from the local Yunusemre municipality in the western province of Manisa. Dried and processed by students, the plants are set to be sent to Cameroon, Somalia and Ethiopia to be used against mosquitoes plaguing those countries.

The garden was originally conceived as a place to teach students about ancient plants and connect them with nature as green spaces decrease day by day. Students quickly learned about cultivating crops, and teachers decided to introduce them to medicinal plants like lavender, oregano and thyme in February. The students will harvest the plants soon and dry them before processing the plants in the school's laboratory for delivery to African countries. The Turkish Red Crescent has taken up the task of delivering the plants to Somalia, Ethiopia and Cameroon.

School principal Evra Seda Satan says they have started out to teach children about the benefits of plants.

"They learned how to make perfume from lavender to stave off odors and how to use it as a fly repellent. They learned making tea out of thyme. Students are now familiar with plants traditionally used in medicine, et cetera. Most plants have the common feature of usage in repelling mosquitoes, and we knew that our brothers and sisters had problems with mosquitoes. So, we contacted nonprofit organizations to deliver the plants we grew and processed," she said.

"The plants will be shipped to African countries in a few weeks," she added.