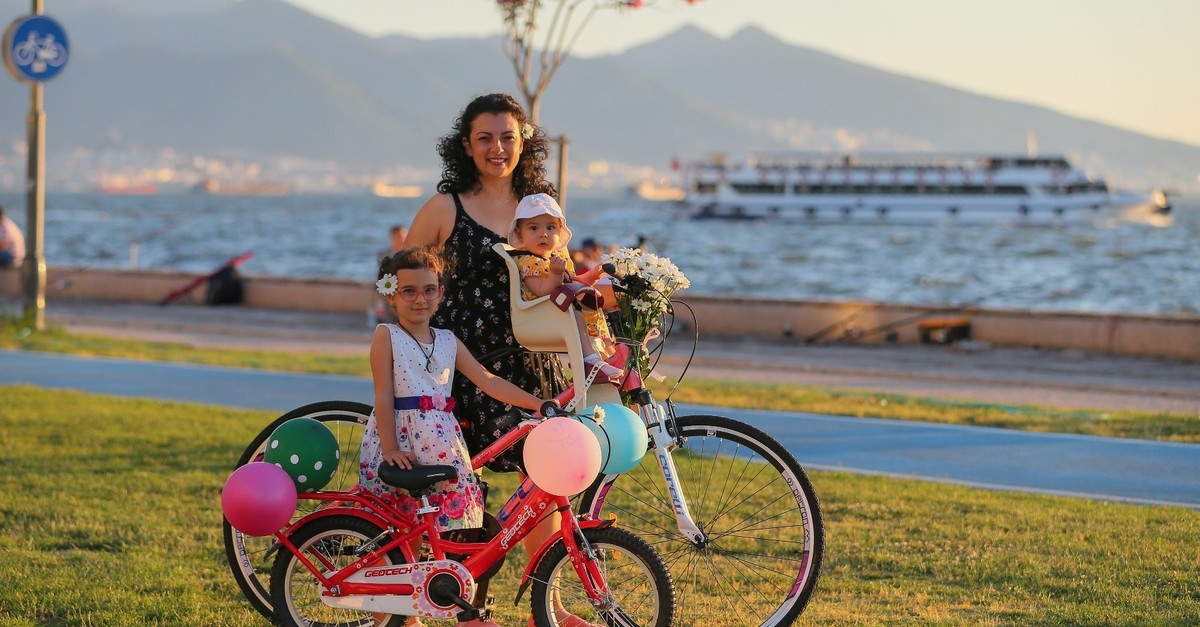 Female cyclists, who hold many events similar to the Fancy Women Bike Ride, make no compromises from their biking lifestyles.

The Fancy Women Bike Ride organization appeared on social media six years ago in İzmir province under the guidance of history teacher Sema Gür in order to draw attention to the World Car Free Day.

Organized by women clothed in colorful attire with decorated bikes, the number of participants has increased over the years.

Held in more than 100 world-renowned cities, such as Amsterdam, Athens, Milan and Washington, along with Turkey on Sept. 22, the Fancy Women Bike Ride encouraged more and more women to cycle.

A large number of women who have started to use the motto, "Cycling for not one but every day" are trying to raise awareness by using their bikes every day.

Sema Gür, the founder of the Fancy Women's Bike Tour, told Anadolu Agency (AA) that when they started this action six years ago, they did not imagine that it would spread to the world and turn into a lifestyle for women.

"Women in İzmir tour around the city by cycling with their decorated bikes not for a day of the year but every day. I feel free when I ride a bike by the sea in the Gulf city of İzmir. As well as being an easy and environmentally friendly transportation vehicle, it makes me stay healthy by doing sports," she said.

Accompanied by Badem the cat

Hilal Doğan Kabaca, a physiotherapist who has been in İzmir for five years, said that she goes shopping travels with her bike all while having fun.

Stressing that her husband also uses his bike as a means of transportation, Kabaca added, "Our cat Badem, a family member for seven months, rides my bike with me. I carry him inside a bag. He sometimes looks around while staying inside and sleeps at other times." 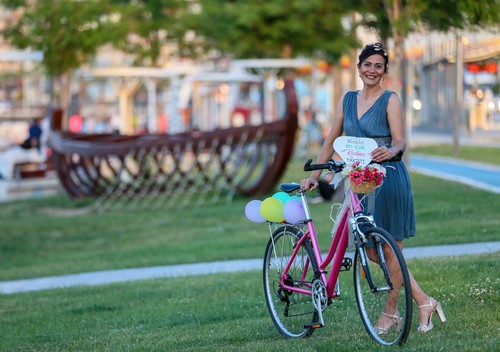 Bahar Sungu, a 52-year-old English teacher who has been riding a bike for six years in İzmir, said that bicycle was a tool that strengthens awareness and liberates.

"I go shopping, to exhibitions, even to the wedding in my daily outfit by cycling. At first, people would turn and look at me, but as the number of female cyclists increased, they have gotten used to it," she continued.