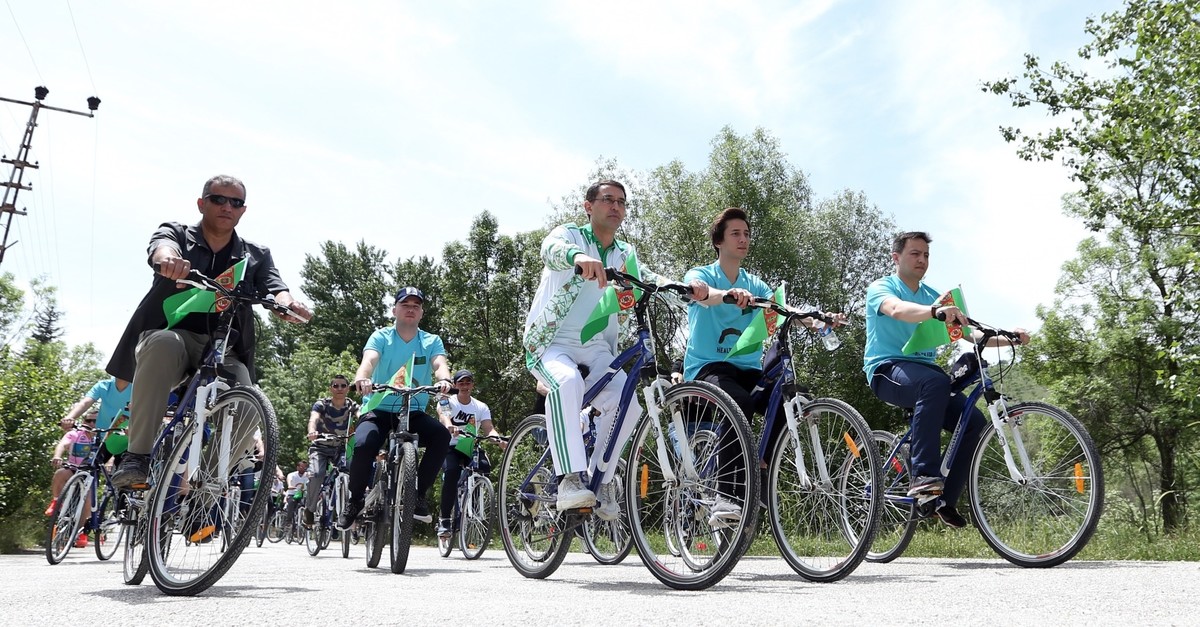 Turkmenistan's Embassy in Ankara organized a bicycle tour in the Turkish capital to mark World Bicycle Day on Monday. More than 50 cyclists, representatives of the World Health Organization (WHO) and the embassies of Tajikistan, Kazakhstan and Russia participated in the tour around Eymir Lake. Speaking at the beginning of the tour, Turkmenistan Ambassador Ishankuli Amanlyev recalled that World Bicycle Day was initiated in 2018 by Turkmen President Gurbanguly Berdimuhamedow.

"It has been celebrated everywhere in our country, and bike tours were organized," Amanliyev said, adding that his country's embassies in several countries also organized events to mark the day. "Turkmenistan is now known as a sports country. In our country, comprehensive projects are being implemented under the leadership of our president, and great efforts are made to improve the infrastructure of the sport." "As a result, the 5th Asian Indoor and Martial Arts Games were organized with great success in Turkmenistan in 2017," he said, recalling that the International Weightlifting Championships and the Amul-Hazar Auto Rally were organized in 2018 in the country as international events.

He also stressed that a sports hall to host international bicycle competitions was also built in Ashgabat, the capital of Turkmenistan. The idea to promote a U.N. Resolution for World Bicycle Day was initially led by professor Leszek Sibilski from the U.S., which soon gained the support of Turkmenistan and 56 other countries.

In April 2018, the United Nations General Assembly declared June 3 as International World Bicycle Day to stress "the uniqueness, longevity and versatility of the bicycle, which has been in use for two centuries, and that it is a simple, affordable, reliable, clean and environmentally fit sustainable means of transportation." The main goal of World Bicycle Day is to promote a healthy lifestyle among young people through cycling and to strengthen peace, friendship and fruitful cooperation.