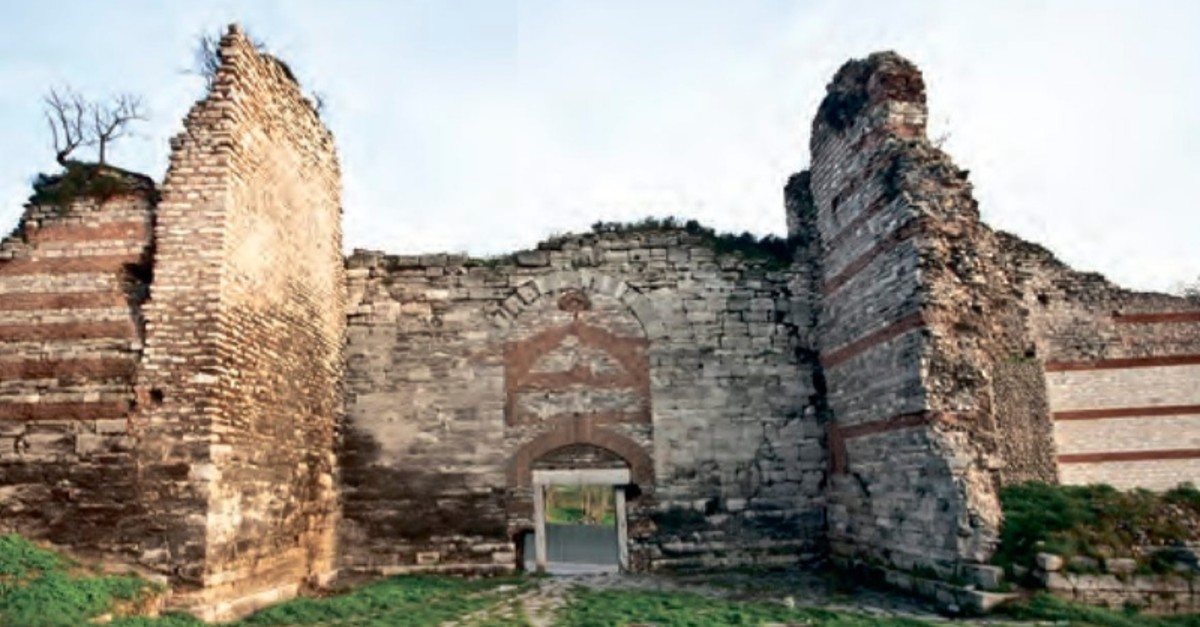 The Old City Walls of Istanbul, one of the symbols of the conquest of Istanbul and one of the world's longest historical artifacts, is under the threat of "invasive" plants.

Hüseyin Dirik, a professor at Istanbul University's Faculty of Forestry, said that plants such as fig trees, nettle trees, ailanthus altissima (tree of the gods), acacias, willows and poplars can cause stones to split with their thick and strong roots, destroying assets of cultural heritage and turning well-preserved historical structures into ruins.

Speaking to Demirören News Agency (DHA), the forestry professor said that such structures were widely affected by the flora of the region, in addition to climatic conditions, and the roots of these so-called "invasive plants" – whether in the form of weeds or trees – can be detrimental to the preservation of historical artifacts as they cause great damage over time.

Dirik, who does studies on the damage caused to historical structures by plants, cautioned that history must be preserved through regular observation and periodic cleaning.

"These plants are small-seeded and fast spreading. They are beautiful, of course, but when they manage to settle on historical buildings, they start sprouting and growing rapidly on them. Then in a short of amount of time, they cause great destruction to such structures after breaking and splitting stones and concrete with their fast-growing roots."

"They grow under difficult conditions, but spready rapidly. Plants of herbaceous nature do not split or break the structures at first, but they cause mold to form on the bottom of the stones and walls where they settle, creating the perfect ground for trees," he said.

Dirik argued that historical and cultural assets should be given the top priority in such cases, and such plants should be prevented from latching onto such buildings and not be allowed to spread.

"These plants should be uprooted, destroyed at first sight of germination. Annual weeding should be more than enough. We can always plant more suitable plants in their place. But we must protect and preserve our historical heritage as it is, as we can not just rebuild these ancient structures," he said, adding that although they can't fight against changes in climate, it was easy to prevent damage by invasive plants.

The construction of the 1,600-year-old walls started in the 5th century and for a long time, the city walls were what made the city impossible to conquer by foreign forces, from Arab armies to the Ottomans. They surrounded the shores of the Bosporus as well as on higher ground where living quarters of the city's rulers were located. Nearly 200 watchtowers, each at a height of 25 meters, gave additional security to the city, which faced constant raids in its history.

The city's oldest walls are around a hill where Topkapı, an Ottoman-era palace, is located. The hill was a citadel in pre-Ottoman times. A second set of city walls were built in the 2nd century B.C. after Roman Emperor Septimius Severus razed the city to the ground. Every new section of city walls added after that marked a turning point in the city's development and expansion.