More areas to be preserved in bid to keep biodiversity intact 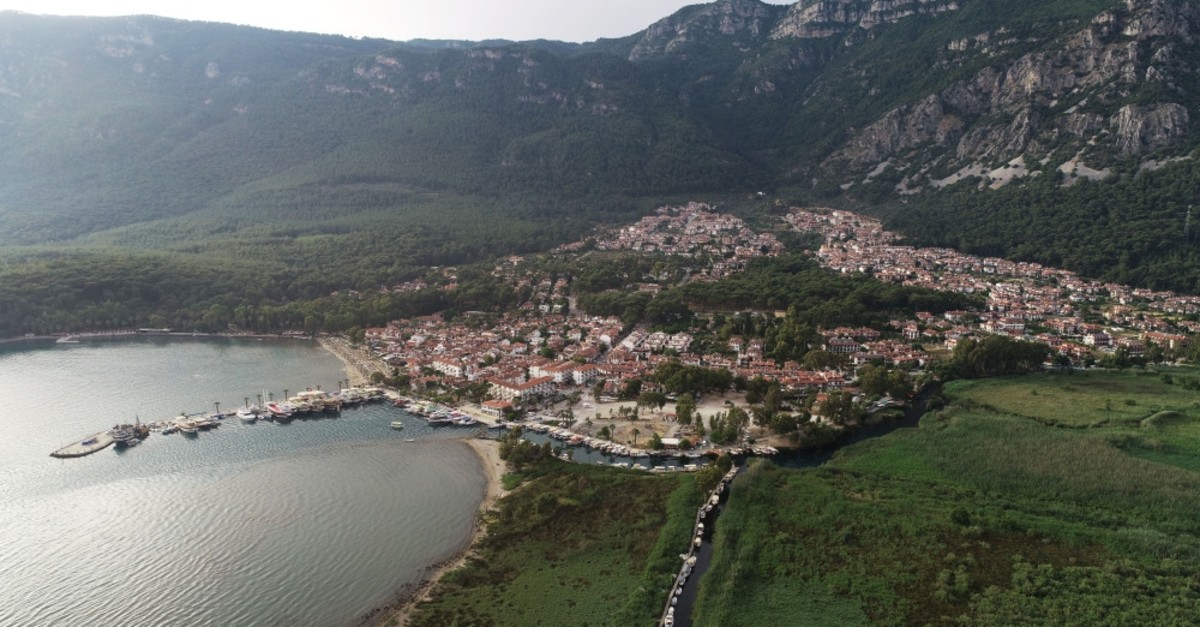 Akyaka neighborhood on the Gu00f6kova Gulf in southwestern Turkey is among the areas designated for preservation.
by Daily Sabah with AA
Jun 10, 2019 12:17 am

As nature has been under unprecedented threat in recent years, Turkey is looking to boost the number of preserved areas. In a bid to preserve Turkey's and the region's ecosystem integrity and biodiversity, the size of preserved areas will be increased to 17 percent of the total land by 2023, authorities have announced.

A recent United Nations report says nature is on the decline globally "at rates unprecedented in human history, and the rate of species' extinction was accelerating." A report from the Intergovernmental Science-Policy Platform on Biodiversity and Ecosystem Services shows that around 1 million animal and plant species are now facing extinction, many within decades. The report shows land species' populations dropped 42 percent in Europe in the past decade and overfishing in the Asia-Pacific region may completely deplete fishing resources in the region. In Africa, more than 305,000 square kilometers of land in Africa degraded due to the overuse of natural resources, erosion and pollution.

Environment and Urbanization Minister Murat Kurum told Anadolu Agency (AA) that Turkey itself hosts hot spots in immediate need of protection. Kurum said the country achieved progress compared to other countries in terms of environmental protection and preserved areas. "We are party to the Barcelona Convention [for protection of marine environment and coastal region of the Mediterranean] and as part of the protocol in the convention, Turkey designated 18 special environmental protection areas. We also set up a network of preserved areas for the Mediterranean basin. Turkey is at the crossroads of three different flora groups, including European-Siberian, Mediterranean and Iran-Turan. Three among the 34 hot spots rich in biodiversity in the world and in need of immediate protection are also located in Turkey. We already have about 9 percent of our country designated as preserved areas. Our ministry plans to increase it at least 20 percent every year and to make it reach 17 percent of its total land by 2023," Kurum said.

Reducing emissions in preserved areas is also key to protecting biodiversity. Discouraging motor vehicle use is one of the measures to that extent. Kurum says that bicycle lanes are already being built in preserved areas including Köyceğiz-Dalyan, Fethiye-Göcek, Kaş-Kekova-Patara, Datça-Knidos and Bodrum-Milas-Yatağan in the Mediterranean region of Turkey.

Turkey was one of the first countries to join the global fight against climate change, but the outlook is still grim in the fight against greenhouse gas emissions, according to official figures. Overall greenhouse gas emissions such as carbon dioxide for the year 2017, the latest year with available data, were 523.6 million tons, and the energy sector accounted for the largest share of emissions at 72.2 percent. Total emissions increased by 140.1 percent in 2017 compared to 1990, the year Turkey started tracking emissions. In the face of rising emissions, Turkey is striving to diversify its energy resources and increase investments in renewable, nonpolluting energy.

Preserved areas near cities are priorities for Turkey. Murat Kurum says they wanted to increase the number of areas near cities to maintain resistance against climate change, and it will also help curb the disturbing phenomenon of urban heat islands, urban areas warmer than its surrounding rural areas because of human factor, by addressing issues like excessive energy use, limited spaces between buildings, the destruction of vegetation to make way for buildings, etc. Kurum says "public gardens," a government project to introduce more green spaces within city limits, may also be helpful.