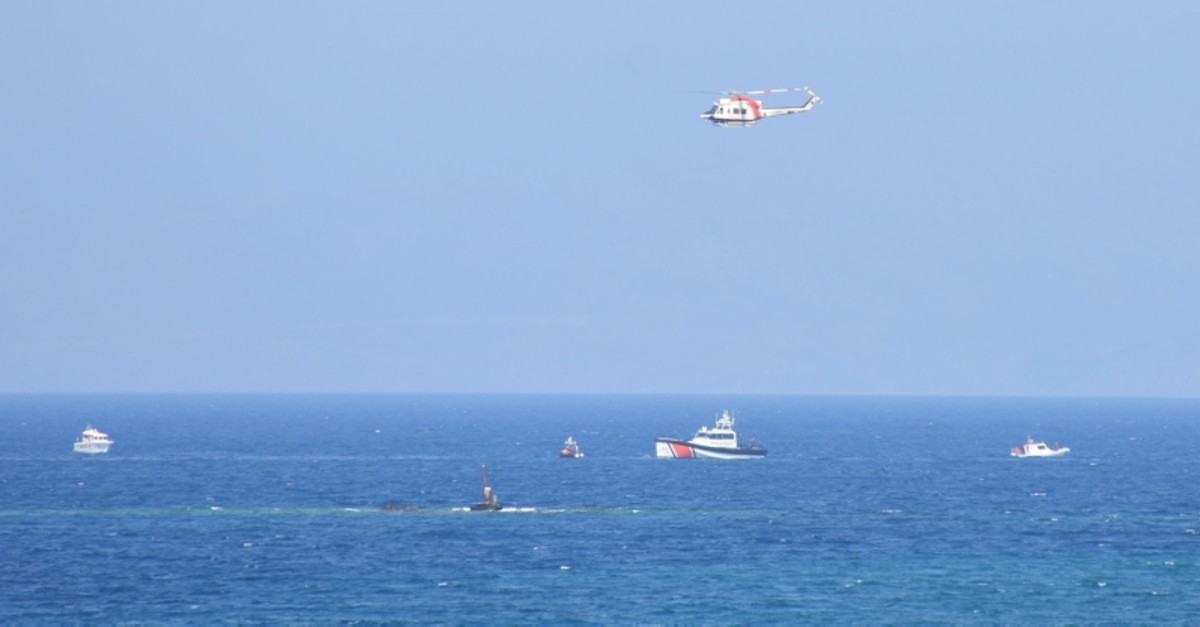 At least 12 irregular migrants died and another 31 were rescued by Turkish coastguard after their capsized off the coast of western Turkey's Muğla province.

Palestinian, Syrian, Yemeni and Somali migrants were traveling to a Greek island in the Aegean Sea early Monday when their boat sank off the coast of Bodrum, a resort town in Muğla province. A 7-meter-long fiberglass boat was overloaded and started taking on water shortly after departing the Turkish coast, media outlets reported.

Two rescue boats, a helicopter and a special diving unit was sent to the area after coast guard received reports of a sinking boat. The survivors were taken to rescue boats and told rescuers there were 12 more migrants.

The coast guard launched search and rescue operations to locate any additional survivors or casualties.

The missing migrants were found dead near the site of the tragedy, while others were taken to hospitals in Muğla. Among the casualties were three children. A smuggler who arranged the journey for the migrants was detained. Rescued migrants told authorities they paid 5,000 euros each to a smuggler for the journey.

The incident took place a few kilometers (miles) from the Greek island of Kos.

As the conflicts, poverty and violence continue in the Middle East, Asian countries and Africa, Turkey has become a popular hub for illegal migrants seeking to cross into Europe. Greek islands in the close proximity of Turkey's Aegean shores are favorite destinations of migrants heading to Europe.

To reduce the number of illegal migrants on the dangerous Aegean Sea route, Turkey and the European Union signed an agreement in 2016. The deal stipulates that Greece is to send migrants held on its Aegean islands back to Turkey. In return, Turkey is to send Syrian migrants it hosts to various European Union countries. The deal also saw an escalated crackdown on human smugglers and increased sea patrols to prevent immigrants attempting to cross. For a while, it helped reduce the number. Yet, some desperate migrants still take the route even in winter when a safe journey through the Aegean is nearly impossible aboard overcrowded, unsafe dinghies.