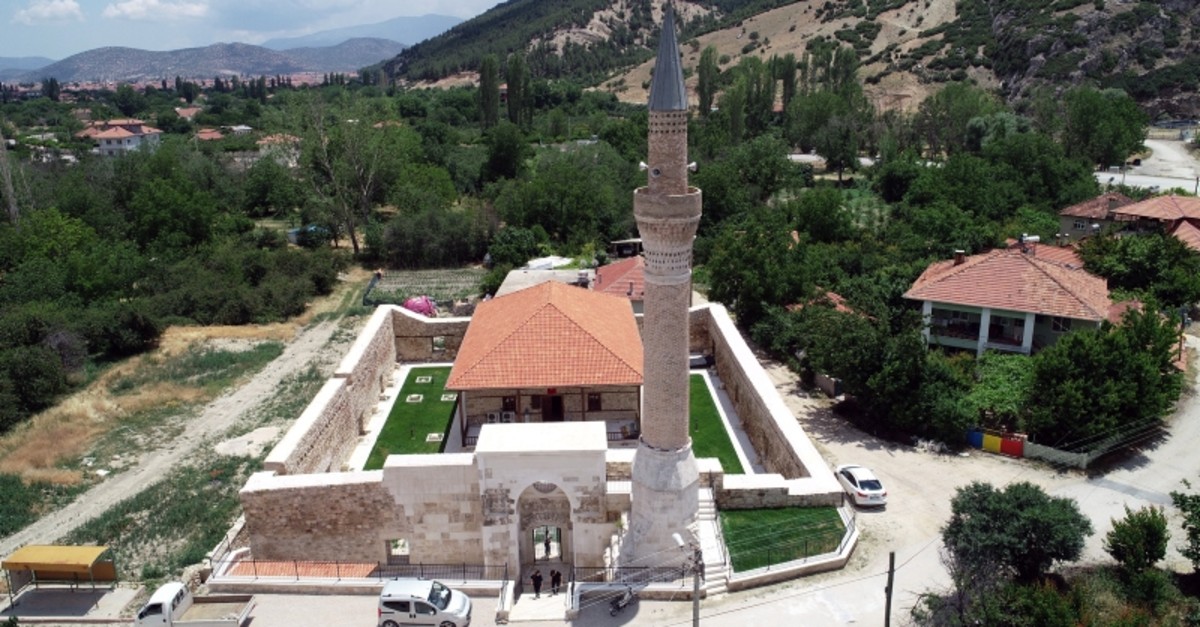 A 700-year-old mosque has been restored in southern Turkey's Antalya province after excavations unearthed the pieces of the structure dating back to the Anatolian beyliks' rule in the region.

Excavations carried out in the area revealed the buried parts of the mosque. The mosque, which has outstanding reliefs and ornaments, and the crown gate have been repaired within the scope of the project initiated by the Antalya Regional Directorate of Foundations.

Chairman of the Directorate Hüseyin Coşar told Anadolu Agency that the mosque has been restored completely in accordance with its original design, noting that the project took a long time due to the delicate work needed to excavate the mosque's parts.

The Karamanids ruled parts of southern Turkish provinces of Karaman, Konya, Isparta, Antalya and Mersin between 13th and 16th centuries known as the Anatolian Beyliks era, which began when Mongols defeated Anatolian Seljuks (Sultanate of Rum) and invaded Anatolia in 1243, leading to the emergence of small principalities led by a Turkic bey. Karamanids were the leading beylik until Ottomans emerged as an important power in the northwest and extended their territories against Byzantine Empire, and the struggle against the two went on for two centuries. The beylik is also known for its policy of using Turkish as the official language at a time when Persian and Arabic prevailed in government, education and religion.

The Ottomans conquered, inherited or joined forces with most of the beyliks until they were defeated by Tamerlane in 1402. Beyliks were partially restored upon the defeat but were quickly recaptured by Ottomans, with Karamanids totally subdued during Sultan Mehmet II's (the Conqueror) rule in the early 1480s after a long struggle. The last remaining beyliks, serving as a buffer between the Ottomans and Mamelukes of Egypt, were conquered by Sultan Selim I during his Egypt campaign.