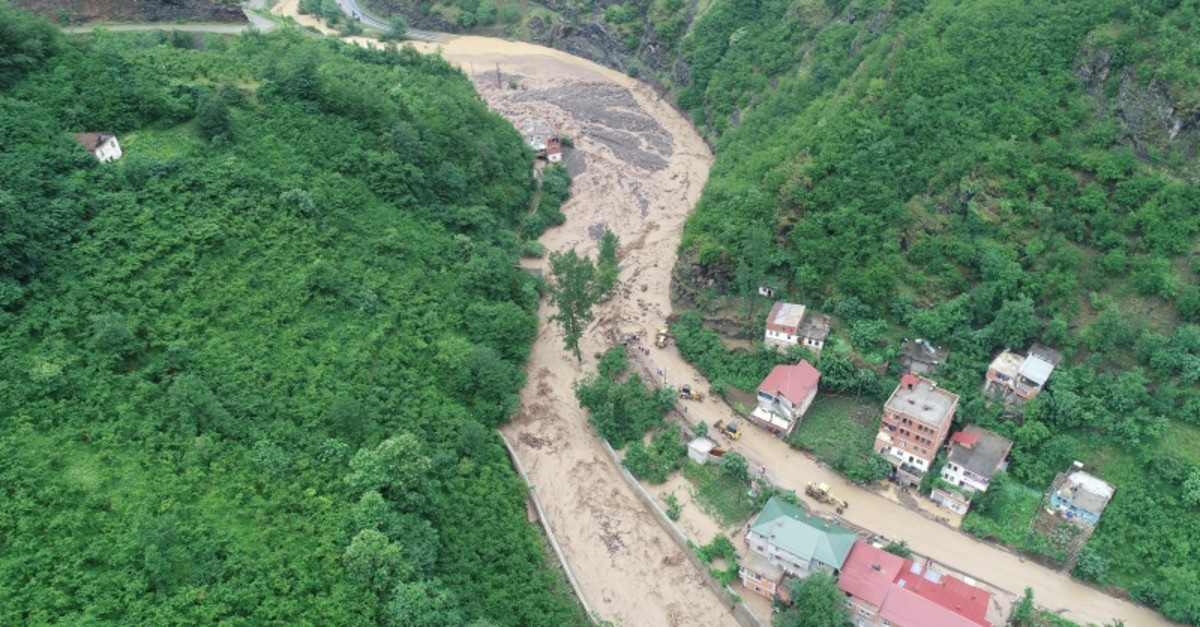 Interior Minister Süleyman Soylu had previously announced that four people were killed in the province's Araklı district, while three others were injured and six people were missing.

Agriculture and Forestry Minister Bekir Pakdemirli said three bodies were found in the area later on Wednesday, bringing the death toll to seven with three others unaccounted for.

The floods hit Araklı's Çamlıktepe and Yeşilyurt neighborhoods after a nearby stream overflowed following sudden and heavy rainfall.

Firefighters were immediately dispatched to the scene but had difficulty reaching the affected areas as debris brought by the floods blocked the roads.

AFAD and gendarmerie units were also called in to help with the rescue efforts.

The governor said the floods also destroyed four houses and offices in the district.

Finance and Treasury Minister Berat Albayrak offered condolences for those that perished in the disaster and said all available resources were being made available to assist the rescue operation.

"Our government has mobilized to locate and rescue the missing and will offer support to repair the damage caused by the floods," he said.

The governor urged locals to stay away from the affected neighborhoods.