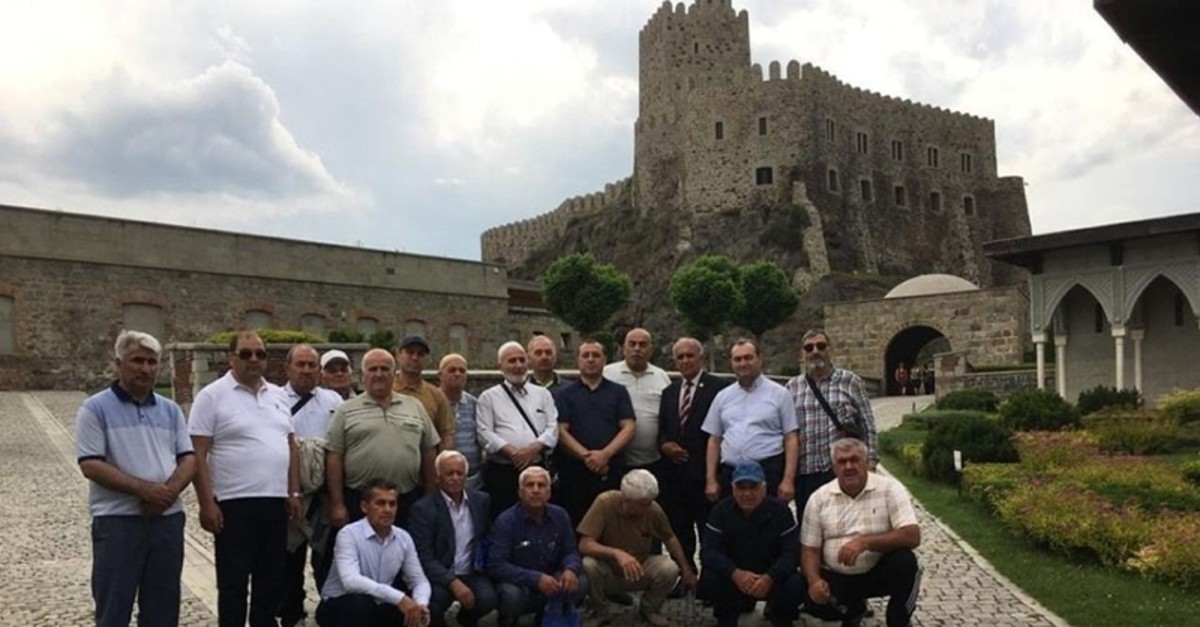 With the support of Turkey's state-run agency, a group of 40 Ahıska Turks living in Kazakhstan returned to their homeland in Georgia's Meskheti region after 75 years.

According to a statement by Turkish Cooperation and Coordination Agency (TIKA), the Ahıska Turks -- also known as Meskhetian Turks -- returned to Meskheti region in cooperation with TIKA and Ahıska Turks Homeland Society.

They paid a visit to the abandoned houses and the graves of their ancestors and also visited monuments and prayed for those Ahıska Turks, who died 75 years ago during exile from the ancestral lands.

The delegation was accompanied by Sadyr Eibov and Ismail Ahmedov, officials of the World Union of Ahıska Turks.

Millions of other Muslim or Turkic peoples including Crimean Tatars and northern Caucasian peoples such as Chechens were also subjected to forced deportations in 1943 and 1944 over accusations of collaborating with invading Nazi Germany. Hundreds of thousands died on the road to Central Asia and Siberia while survivors were not allowed to return to their homeland until late 1980s.

During nearly 40 days of deportation period from homeland to Uzbekistan, Kazakhstan and Kyrgyzstan, around 13,000 Ahıska Turks lost their lives due to hunger, cold weather and diseases, the association said.

Around half a million of Ahıska Turks live in Turkey, Kazakhstan, Russia, Azerbaijan, Kyrgyzstan, Uzbekistan, the U.S. and Ukraine.

A law adopted by the Georgian Parliament in 2007 allows Ahıska Turks living in Central Asian countries to return to Georgia and conditionally regain their citizenship.