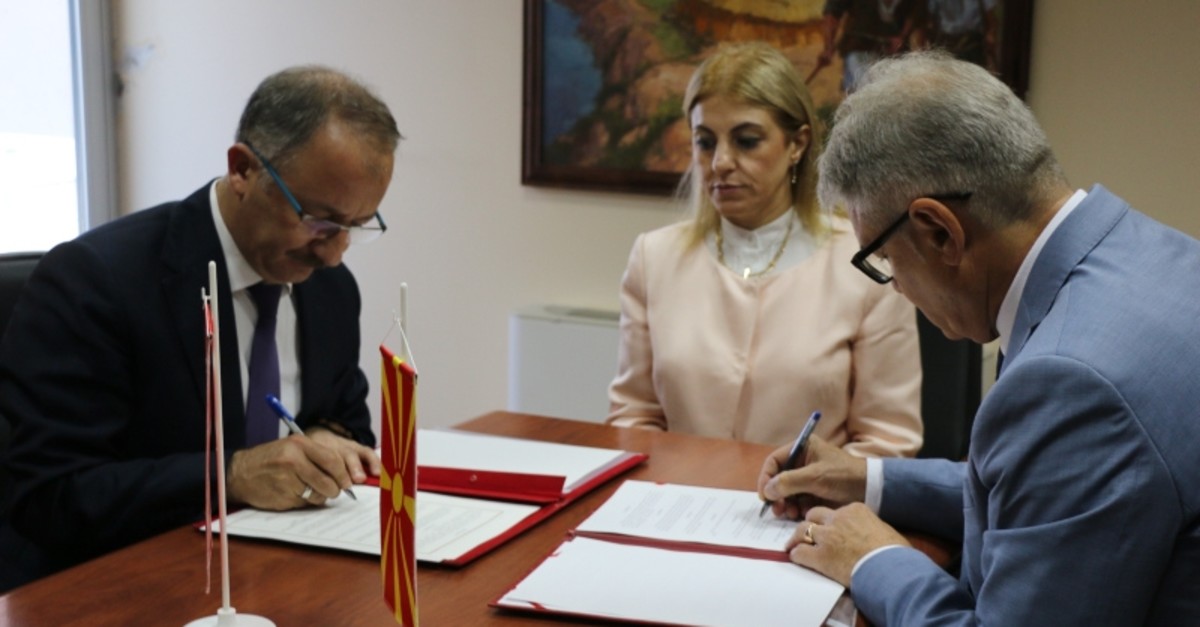 A cooperation protocol was signed between Turkey and North Macedonia's state archives on Friday to jointly protect the common history of both countries by digitalizing it for future generations.

Ünal told reporters after the signing ceremony that both institutions have taken important steps in cooperation with protocols that were signed in the last couple of years.

Ünal said that there are tens of thousands of documents in Turkey and North Macedonia that are related to the individual and common histories of both countries, noting that these documents "are very important for revealing our history, past and relations."

Ünal added that some 133,000 documents have been digitalized in the last three years with the efforts carried out under the scope of the cooperation agreements.

The digitalized artifacts include various documents from the Ottoman Empire, which once ruled the lands that are now home to both citizens of Turkey and North Macedonia.

Ünal said that the two institutions have accomplished a great success in transferring these documents to future generations.

Petrov, chairman of the State Archive of North Macedonia, said the signed protocol is an incentive for greater friendship and cooperation between the two institutions.

"In this way, the history of Macedonians and the peoples living in these regions will be enriched," he said.

The first cooperation protocol between the state achieves of North Macedonia and Turkey was signed in 1990.