3,771 illegal migrants held over past week 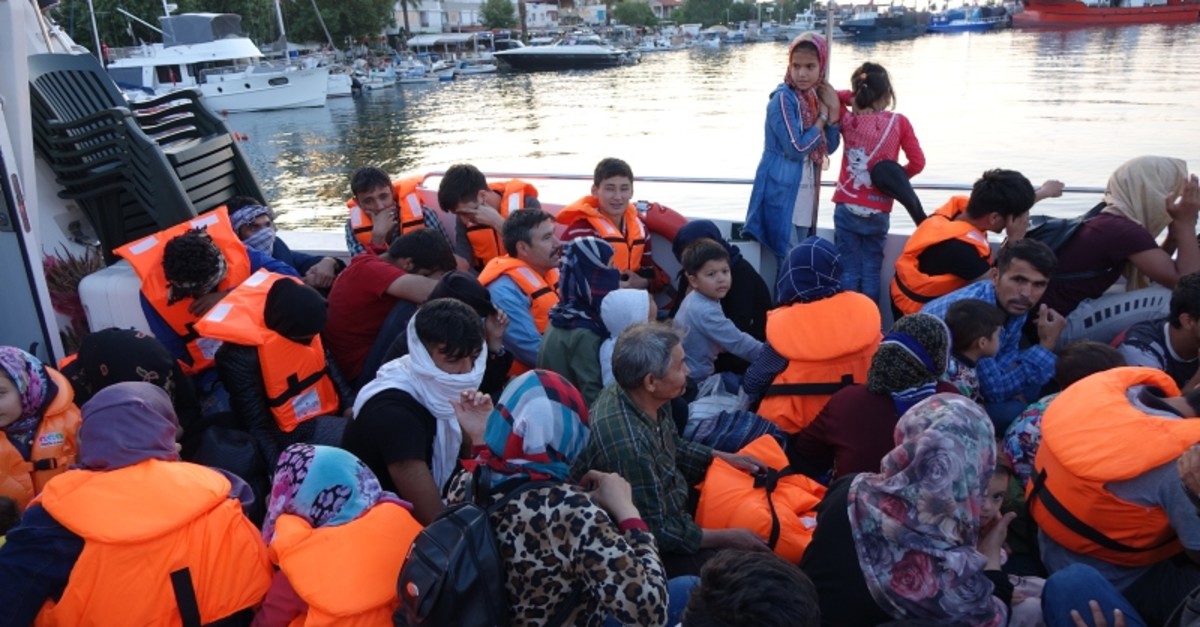 In the past week in Turkey, 3,771 illegal migrants were held, according to data compiled by Anadolu Agency (AA) from security sources. As many as 1,643 illegal migrants were caught in multiple operations carried out by gendarmerie forces in northwestern Edirne province, which borders Greece and Bulgaria.

Migrants included Pakistani, Moroccan, Syrian, Iraqi, Afghan, Egyptian and Bangladeshi nationals. In the northwestern provinces of Kırklareli and Tekirdağ, 182 illegal migrants were held by gendarmerie forces during the same period.

In the coastal provinces of Mersin, Çanakkale, Balıkesir, Aydın, İzmir and Muğla, coastguard and gendarmerie forces rounded up 1,168 migrants attempting to cross to Europe via Greece, while border forces in Hatay province caught 172 migrants that reportedly had entered Turkey illegally from Syria.

In eastern Van province, bordering Iran, 434 migrants were held by gendarmerie and border forces. In the eastern provinces of Siirt and Kars, security forces held 84 migrants over the past week.

Some 75 illegal migrants were also held by police in Turkey's capital Ankara.

In addition, 13 migrants were held in Niğde province as they were entering the country illegally. Security forces also arrested 25 people for alleged human smuggling. All the migrants were either taken to hospitals to receive medical care or transferred to provincial migration offices.

Some 268,000 illegal migrants were held in Turkey in 2018, according to the Interior Ministry. Turkey has been a key transit point for illegal migrants aiming to cross into Europe to start new lives, especially those fleeing war and persecution.