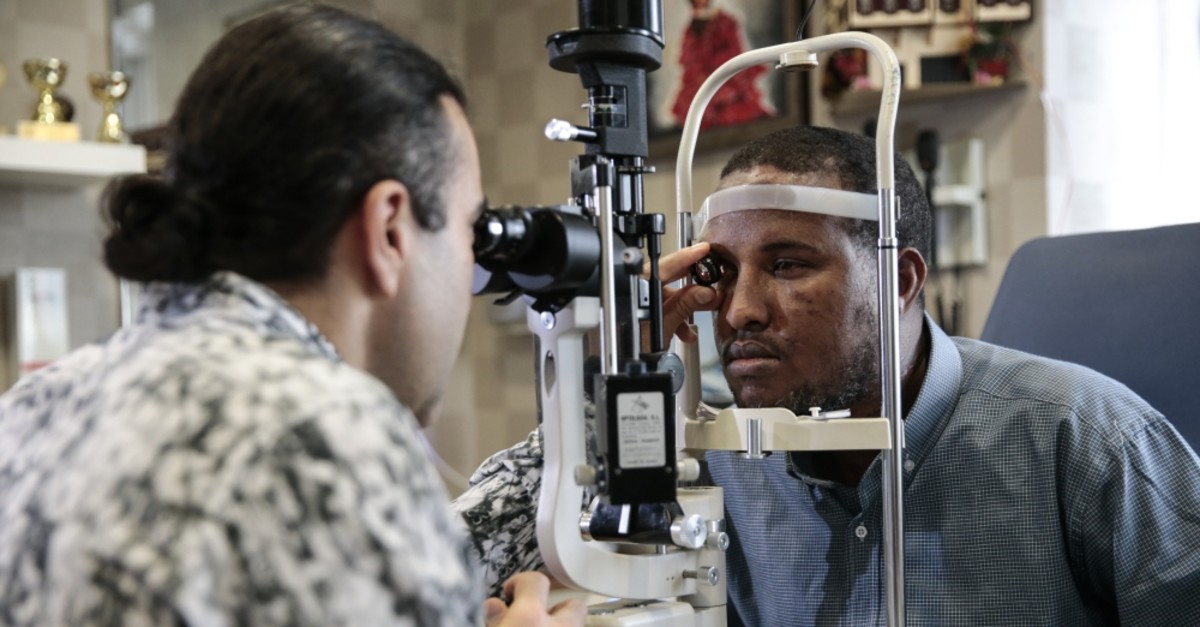 Abukar Moallim Ahmed, a Somali man who lost his sight after being injured in a grenade explosion in his country, recovered thanks to a rare surgery in Turkey. The 33-year-old regained his sight after a complex surgery at a hospital in the Turkish capital of Ankara.

Doctors first implanted a prosthetic eye before removing damaged parts and repairing a torn section in the back part of the eye. Finally, they replaced the prosthetic one with a live cornea.

The surgery is a showcase for Turkish doctors who made a name for accomplishing surgical feats and attracting more patients from abroad. After the surgery that involved two surgeons undertaking four stages in a difficult operation. The patient, a father of five said he is "happy to be ready to go back home to see his family."

Dr. Kubilhan Elmas, one of the surgeons, told Anadolu Agency (AA) that Ahmed could only "sense" light after he was injured in the explosion in April and was taken to Turkey after an initial surgery in Somalia.

"There were several particles from foreign objects in his right eye. We discovered severe damage in his retina and cornea," Elmas said.

He said that the circumstances, such as the need to repair the damaged area before the damage advanced to the front section of the eye, necessitated the execution of multiple stages at the same time in the difficult surgery.

"We had to undertake both a cornea transplant and repair to prevent an edema developing," he said.

Dr. Volkan Hürmeriç, the other surgeon in the surgery, said the artificial cornea helped them see the eye texture better though implanting it in surgery is very rare.

"This was his last chance to regain his sight as the damage to the eye was in an advanced stage. It took us about three hours to repair his sight and he is fine now. There will be a rehabilitation process but overall, his sight is good and will be restored to 100 percent soon," he said.

Recounting the incident that rendered him blind, Ahmed, an economist, said he left his office and was walking on the street when the grenade exploded.

"I fell down but I felt fine except I couldn't see," Ahmed, who has lost sight in his left eye earlier in another incident, said.

"I was worried I wouldn't see anything at all. I had to work to take care of my family and was worried how I can work without seeing anything. I am happy to go back to work now. I thank the Turkish doctors very much and I will be happy if I can have surgery on my left eye in the future in Turkey," he said.