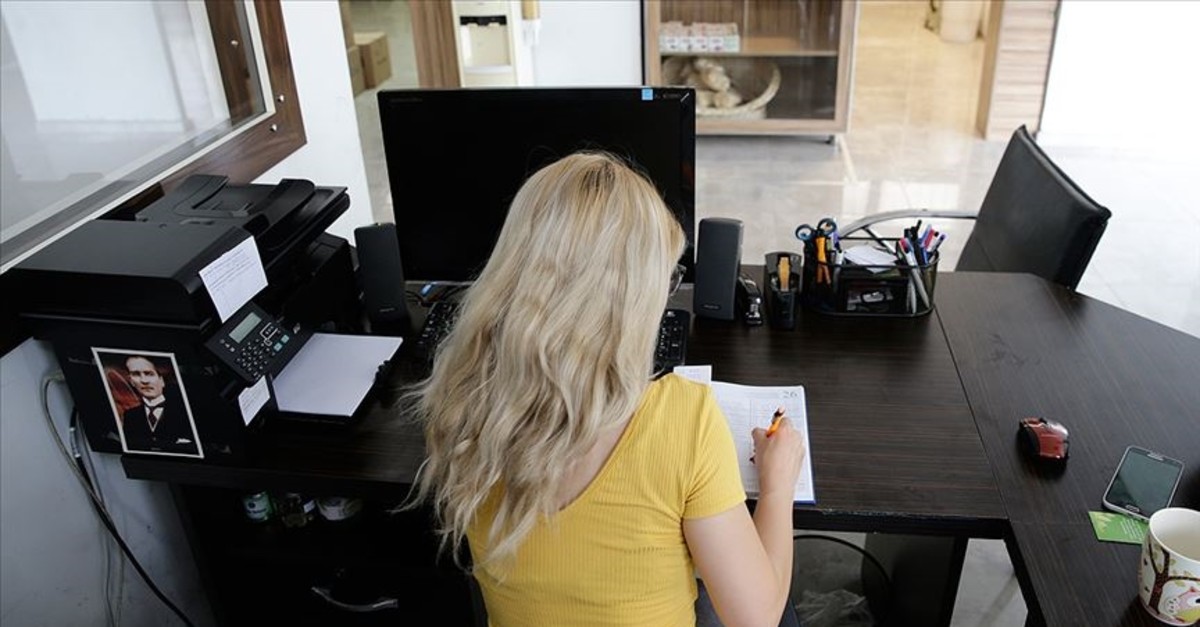 Turkey marks the International Day against Drug Abuse and Illicit Trafficking today. As part of the effort to fight drug abuse, a rehabilitation center in the countryside providing medication-free recovery and a project offering jobs to former addicts are both working to help fight drug abuse

Turkey is more known as a transit country for drug smuggling between Europe and Asia and though the country largely boasts success in counter-narcotic operations, drug abuse remains a problem. Synthetic drugs in particular pose a threat to the country's youth. There are no concrete figures regarding the rate of drug use in the general population, but a police report from 2018 shows 941 people died of drug use in 2017.

The country today marks International Day against Drug Abuse and Illicit Trafficking, and several projects by nonprofit organizations show promise in helping the addicts recover. One of them is a rehabilitation center in Kazdağları, a mountain range in western Turkey, a scenic place with lush forests and lakes. Run by the Kurtuluş (Salvation) Foundation, the center located in the town of Edremit provides a medication-free recovery program for drug and alcohol addicts. Instead of relying on medication, the center focuses on sports activities, strict diets and mental activities to keep the recovering addicts occupied, along with a detox program. In the middle of an olive orchard surrounded by lush pine forests, the center admits addicts for a rehabilitation program lasting about four months. It is part of Narconon, a project the foundation started six years ago to eliminate medication in the rehabilitation process. Ufuk Tanay Tezemir, head of the foundation, told Anadolu Agency (AA) that Narconon helps about 80 people completely recover from addiction every year. "This is a one-of-a-kind project for Turkey. We help our friends here reorganize their lives," he said, referring to former addicts. "This center is located in a very fine location, both with its fresh air and nature and is a hub for health tourism," he adds.

Özkan Güven, an instructor at the center, said Narconon has been in use in 48 countries for more than five decades and offers a quick recovery. "They kick the habit in about a week and the next four to six weeks involve a detox program. Then, we enroll them in another program that lasts about 65 days, and this is the most important stage as it involves eliminating their cravings for [drug use] and helps them start a new life," he says. Güven says "will" plays a major part in recovery and those failing to kick out the habit are often people "stuck between their past and future lives."

"We basically help them adapt to the present, to stop living a life of addiction and to question themselves independent of outside influence. We train them on what they can do for the rest of their lives and how they can turn their lives around," he adds.

A life without drugs can be a far-fetched dream for addicts who jumped off the deep end when it comes to drugs and starting a new life can be troublesome without assistance. Another project in the western city of İzmir helps former addicts find purpose in their new lives. The "Be A Hope" project run by the Touch A Life Association and notable temperance association Green Crescent assists addicts both in recovery and in their post-addiction lives. Y.G., an 18-year-old woman, is among those who benefited from the project.

The young woman was only 15-year-old when she fell in with drug users of her age and started doing drugs. The addiction forced her to skip school, while her family failed to convince her to seek treatment. Finally, her mother called the police and had her enlisted in a monitoring program by the Chief Prosecutor's Office for drug addicts two years ago. The program involved seminars for drug users, and it was where she met Dr. Burcu Bostancıoğlu, who uses art therapy to aid the recovery of drug users. Bostancıoğlu, who also heads the Touch A Life Association, guided her to the project, which is endorsed by a local vocational training authority and a state-run employment agency. After kicking the habit, Y.G. joined 11 former addicts for a series of courses covering everything from computer literacy to accounting. After one year of training, she found a job in a company. "I had no hope that my life would change," she said, recounting her time of addiction. "My family was worried, but there was no way for me to get out of that pit," she says, referring to her addiction. "Doctor Burcu helped me and others, and I saw my life changing though I didn't believe it would happen at first," she told AA. "I got a job now and a better life. I am very happy. Now, I plan to attend university," she says.

"People can make mistakes, but it is important to learn from your mistakes. I did it. I am very worried about my friends who still use drugs. I hope I can set an example for them to quit it," she says.

Bostancıoğlu says the hardest part was to change the perception in public about the drug users. "Our project helped change that," she said, pointing out that six former users found jobs with the project. "We still need assistance from the business world and nonprofit organizations. There are many others awaiting salvation from drug addiction," she says.

A NEW GENERATION OF DRUG USERS

As in Y.G.'s example, drug abuse is prevalent among the youth and is viewed as a way of connecting with fellow youth who took up drugs. Dr. Oya Mortan Sevi, an academic at the Department of Psychology at Bahçeşehir University, says drug use is seen among people as young as 14. "Drug use is more common in the age group 15-24 in our country and though there are cases of younger users, it is often fatal among users at the age of 15 and above," she told Demirören News Agency (DHA). She says it is more prevalent among "street children" and "teenagers driven to crime," referring to juvenile delinquents and children without families. "They use cheap chemicals they can inhale, but it does not mean that only the disadvantaged children turn to drugs. It is also prevalent among children and youth in upper socioeconomic classes but only the types of substances change. For instance, cocaine use is common among those from higher socioeconomic classes, while cannabis use prevails among those lower socioeconomic classes," she says.

Sevi pointed to the emergence of a new generation as the root of the growing drug problem. "There is a generation troubled by finding distractions, intolerant in the face of challenges, seeking quick results and consuming very quickly. So, we need a change in parenting styles. Children today are raised by parents seeking to keep them occupied all the time, not giving them free time. Parents do everything they can so that the children will not cry or have any problems in life. Children are not given an opportunity to boost their creativity or troubleshooting skills. We confine them to studying and racing with others in education. We don't teach them take responsibility; we don't let them make their own choices or act on the contrary and make them the only person who makes decisions and pamper their ego. Those children, eventually, do not develop a mechanism for solving problems, and they view drugs as an easy way to forget their problems," she said.

The prevalence of a wide variety of drugs in recent years and increased revenues of terrorist groups from the drug trade have forced Turkey to escalate the crackdown on drug smuggling and use. The government launched "The Rapid Action Plan against Drugs" in 2014 to counter drug abuse and smuggling. The action plan covers all aspects of the struggle against narcotics, from raising awareness of their dangers and curbing demand to rehabilitation and treatment of addicts and facilitating social inclusion. It also paved the way for the establishment of "narco teams," specialized police units active in neighborhoods where drug sales are concentrated. Narco teams helped capture 27,461 drug suspects last year.