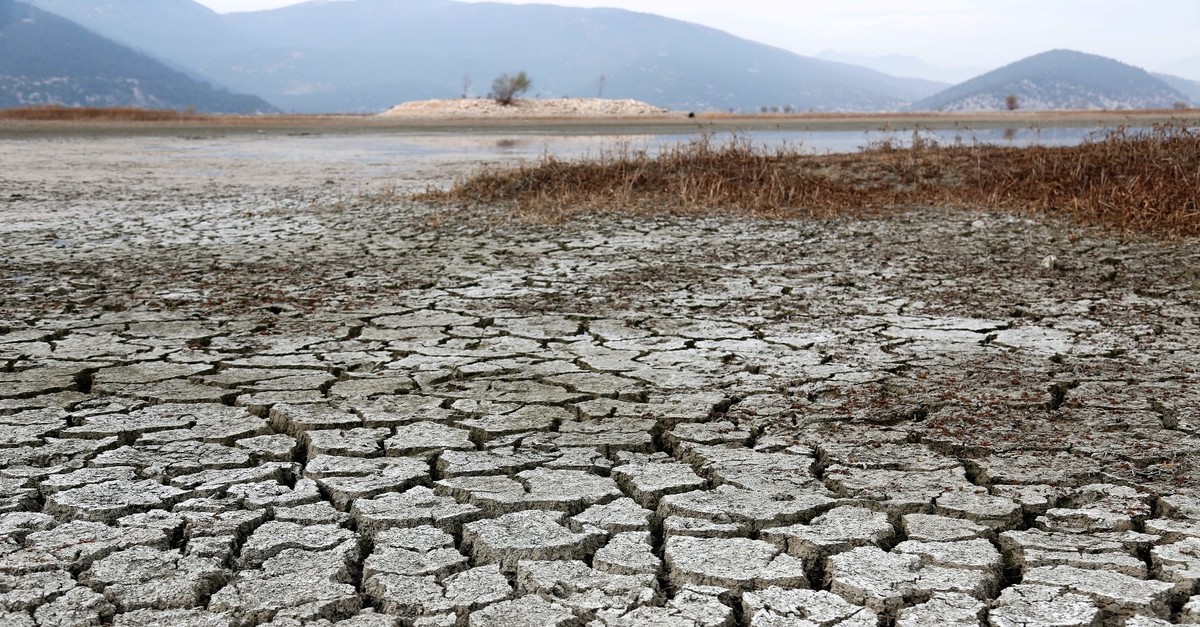 Turkey is the third country in the world in adding forestland, after China and India.
by Anadolu Agency Jul 01, 2019 12:10 am

Despite facing risks of drought every 4-5 years in recent decades, Turkey has been battling the challenge with effective forestation and has increased forestland by 6 percent over the last 30 years

While recovering from recent heavy rains and floods, Turkey is also battling against the effects of global climate change, which is likely to severely impact the region.

Turkey faced its hottest summer in 2010, and just eight years after that, the country faced its third hottest year, according to the country's General Directorate of Meteorology.

Speaking on drought and desertification in Turkey, environmental scientist Akgün İlhan told Anadolu Agency (AA) that in the first half of the 20th century, Turkey faced periods of extreme drought every 25 years, but since 1980, this drought frequency has increased to only every four or five years.

"Almost half of Turkey's land is at risk of desertification," İlhan underlined.

Drought and desertification are issues closely related to each other, she said, adding that drought is among the causes of desertification, which include climate change, deforestation, poor farming practices, and erosion.

Despite the risks and challenges, Turkey has been battling against drought and deforestation, being the No. 3 country in the world in adding forestland, after China and India, according to Agriculture and Forestry Minister Bekir Pakdemirli. Over the last 30 years, Turkey has increased its forestland by 6 percent.

According to a report by the Foresters' Association of Turkey, since 2014, a total of 6.5 billion square meters of forest area have been opened for use in Turkey, said İlhan.

That is to say, an area larger than the Istanbul province has been deforested in Turkey over the last 15 years, the academic said.

About one-fifth of the earth's land surface covered by vegetation showed persistent and declining trends in productivity from 1999 to 2013. This trend threatens the livelihood of more than 1 billion people, according to the U.N.'s "Sustainable Development Goals Report 2018."

Turkey loses 640 million tons of soil annually due to erosion, according to the Turkish Foundation for Combating Soil Erosion, for Reforestation and the Protection of Natural Habitats (TEMA). To combat erosion and desertification, afforestation must be done in the right composition with the right kind of plants, she underlined.

"If you first disrupt an ecosystem and then plant trees, there is nothing to boast about," she said. "The issue of dams and reservoirs is one of Turkey's biggest problems."

Turkey is under water-stressed conditions which are causing the deterioration of the quality of fresh water resources, İlhan warned.

The amount of freshwater per person is about 1,365 cubic meters per year, she said, making Turkey a water-stressed country, according to the Falkenmark Water Scarcity Index.

According to the report Progress on Drinking Water, Sanitation and Hygiene: 2000-2017 issued by the U.N.'s World Health Organization (WHO), a total of 5.2 billion people making up 71 percent of the world population had access to safely managed drinking water services in 2015.

Some 159 million people still received drinking water directly from surface water sources, which has the lowest quality in terms of hygiene. Even though Turkey's water basin is under growing pressure of over-urbanization, industrialization, and intensive farming practices, solving its water crisis is not as complicated as some think, Dr. İlhan underlined.

In fact, the solution is not to constantly increase the water supply, but to reduce water demand by using it economically, she stressed. In terms of hygiene, drinking water from the lowest quality to the highest is classified as surface water, unimproved, limited, basic and safely managed.