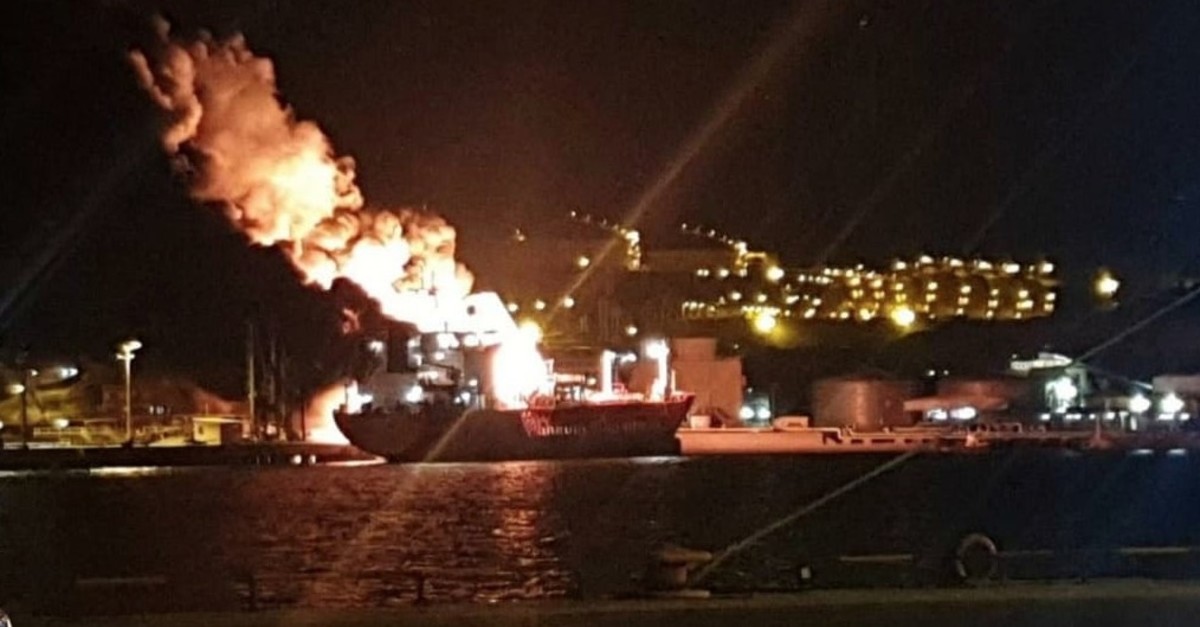 One person was killed and 16 others were wounded after a vessel carrying Liquefied Petroleum Gas (LPG) in Izmir's Aliağa port was engulfed in flames after an explosion late Monday.

MORE — One dead, 15 wounded after LPG tanker in a vessel blows up in Turkey's Aliağa porthttps://t.co/5ykFI7xknB pic.twitter.com/bXhsDk84mA

He said 15 Italian sailors, one Romanian and one Petkim worker were hospitalized. Italian Roberto Montegurdia died in the incident, the governor said.

"At Petkim Pier 5 around 23:20 (2020 GMT), a fire broke out due to an unspecified reason during the connection to the Italian flagged Synzania for the filling of liquid hydrocarbons," Petkim said in a press statement.

"As a result of the immediate intervention of our teams, the fire was extinguished and cooling work on the ship is continuing," it added.

Fire squads have been dispatched to the scene as they ramp up efforts to contain the fire.

The reason for the explosion remains unknown.

In addition to the firemen, coast guard, police forces and ambulances have reportedly been dispatched to the area as well.