Turkey steps up to the plate in fight for environment 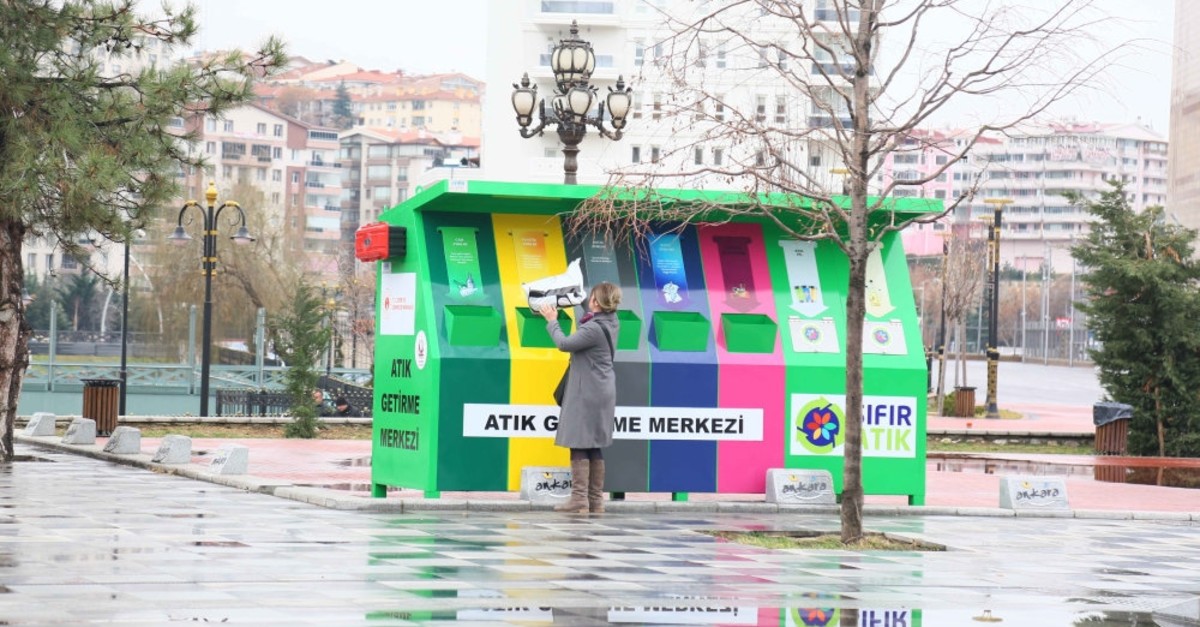 Challenged by climate change that has unleashed natural disasters across the country, Turkey inaugurated its action plan against the issue on Friday. The plan was announced just hours after a new set of regulations to spread a notable zero waste project across the country were unveiled. Zero waste practices that involve recycling everything from food waste to plastic will be implemented in two to three years across Turkey under new regulations. The first stage of Turkey's action plan to fight climate change was inaugurated in Trabzon, a city in the Black Sea region where floods and landslides caused deaths and massive damage last month.

Environment and Urbanization Minister Murat Kurum rolled out a 15-step program that will address the needs of the region against climate change and the disasters it causes. Similar programs will be separately organized for other regions based on the characteristics of each region. Trabzon was rocked by two days of flash floods and landslides that led to the death of eight people in the Araklı district as unprecedented rainfall gripped the region. Like other countries, Turkey has been experiencing extreme weather in recent years, from heat waves to severe rainfall, and the Black Sea region in the north has not been spared from the wrath of climate change.

It is particularly vulnerable due to its rough terrain dotted with mountains that are parallel to the sea, making human habitation difficult and forcing them to settle in what little feasible space they have. The Black Sea also remains threatened if climate change prevails. Kurum said at a press conference to promote the plan that sea levels have increased 19 centimeters around the world, and it was predicted that they would rise as high as 5 meters by 2100. "If this worst-case scenario happens, islands will be flooded, locals will be under threat, and we will experience 'climate migration.' It appears that one-third of the world population will be affected by global warming," Kurum said. 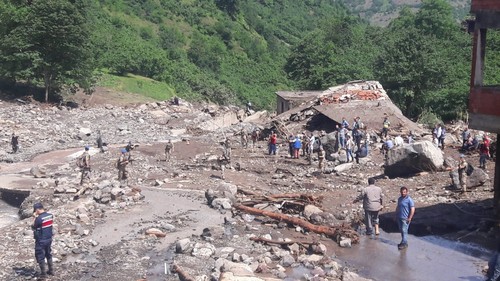 The climate change action plan was announced in Araklı, Trabzon which was hit by landslides in June.

Kurum said climate change poses a grave threat to Turkey. "Turkey is located in the Mediterranean basin, an area that will be most significantly impacted by climate change. We are already seeing its impact. Sea levels rise 6 millimeters yearly, and the sea temperature increases. This, in turn, has led to severe and frequent precipitation. We have witnessed the desertification of the Mediterranean Sea with sea grass dying. We see tropical fish species not native to our seas migrating to our seas via the Red Sea. Invading species that threaten our fishery diversity are being sighted," Kurum said. Another impact of global warming is the increasing risk of forest fires, the minister said. The minister added that tornadoes, an uncommon phenomenon, were "unfortunately becoming common" in Turkey, along with strong hail. "We've seen hail as big as walnuts hit Antalya recently and floodwaters destroyed greenhouses. It was devastating for crops and therefore, for our economy," he noted. Fifteen minutes of hail last August in Istanbul caused damage totaling TL 3 billion, the minister pointed out. Kurum said other regions have seen the impact of climate change as well, pointing out the drought threat to largely semi-arid inner regions and sinkholes emerging in recent years.

Action plans for six other regions, from the Aegean to the Marmara and southeastern Anatolia, will be rolled out in the coming months, and Kurum said they started with the Black Sea due to its priority. "Seawater temperatures are the highest they have been in the last 40 years in the Black Sea, and this aggravated rainfall. Uneven ground in the region also increases disaster risks," he noted.

The plan covering the provinces of Trabzon, Rize, Ordu, Samsun, Giresun and Artvin involves everything from rezoning to land sequestration to prevent impact on human life from natural disasters caused by climate change. Residential buildings locals built either arbitrarily or out of necessity due to lack of even ground in the region will be relocated. Kurum said some 2,000 families would be resettled to safer places. By 2023, a state-run housing authority will complete construction of 15,000 houses for people living in risky areas, while locals will also be subsidized for rent. Construction of structures in areas with high risk of landslides will also be banned. Ducts for rainwater to flow into the Black Sea from inner areas will be expanded and increased in number, while roads, particularly those connecting villages to cities, will undergo massive revision and maintenance. An awareness campaign will be launched to inform the public about the impact of floods and other disasters stemming from climate change. The government will also help local authorities set up early warning systems in areas with natural disaster risks. The program also involves promoting using of energy-efficient construction material.

As for zero waste, the subject of a nationwide project started two years ago by first lady Emine Erdoğan, Turkey has set a timetable for the recycling drive to spread across the country with a landmark regulation published in the Official Gazette on Friday. The regulation by the Environment and Urbanization Ministry sets a road map for public agencies, municipalities, private sector and more to adopt the project within two years. Starting June 1, 2020, all public agencies will switch to zero waste practices, something already started in some ministries. Starting Dec. 31, 2020, all towns with a population over 250,000, industrial sites, airports, business centers, plazas, ports, large shopping malls, schools with at least 250 students, hospitals with a 100-bed or more capacity, gas stations and building complexes with 300 and more apartments will switch to zero waste.

The zero waste campaign has received nationwide support as it raised public awareness of proper sorting of waste and the use of waste as compost in agriculture. Championed by Emine Erdoğan, the project has received numerous awards.

Turkey's recycling drive saved more than 30 million trees between 2017 and 2018. The elimination of plastic bags was a key component in the zero waste project, and Minister Kurum said use of plastic bags dropped to 464 million this year so far, from 2.05 billion in the first six months of 2018. Turkey imposed a mandatory fee for plastic bags previously given for free at grocery stores, supermarkets and other business. This led to a drop of about 78 percent in plastic bag use, with people using paper or canvas bags instead of plastic for shopping.

Turkey, late to the recycling trend and efficient waste management except in big cities, strives to end landfills, whose numbers have considerably decreased in recent years. The zero waste campaign first started at the Beştepe Presidential Complex in the capital Ankara and soon spread to other public institutions, including ministries as well as some private enterprises.

Under new regulations that aim to reduce waste and promote recycling with proper sorting, a Zero Waste Management System will be set up to benefit at least 37 million people by December 2020. The system will streamline garbage disposal, picking and sorting practices, and places where the system is successfully adopted will have a zero waste certificate. Places will be graded silver, gold and platinum for their adherence to zero waste practices.

The regulations call for every province to draft its own zero waste management plan and to oversee the implementation of guidelines provided by the Environment and Urbanization Ministry on how to implement plans.

In recent years, Turkey has started to prioritize waste management over concerns of rising environmental damage, with municipalities responsible for garbage collection upgrading their waste management systems. The country also managed to recycle more than half of the plastic bottles on the market.