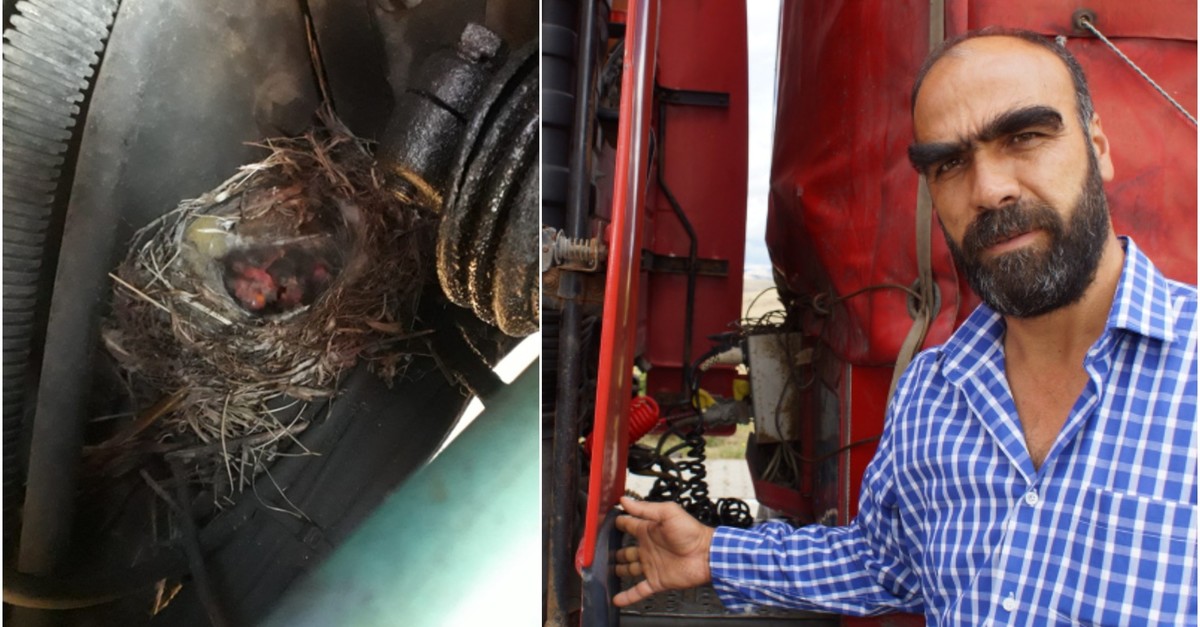 A Turkish man waited patiently for 45 days to start his semitrailer's engine after seeing that a bird had made a nest inside of it, checking every day to see if the six baby birds had hatched.

Bahattin Gürses, who lives in the Aşağı Çavundur neighborhood of Ankara's Çubuk district, has been earning his livelihood from the semitrailer as he transports goods between cities with the vehicle. He has been in the sector for about 15 years.

The 42-year-old man said that he had parked his vehicle in front of his house during the Ramadan Bayram, and after the holiday break he saw a bird's nest in the engine. He said he couldn't dare to start it in fear that it would damage the nest and kill the baby birds.

Gürses said he first consulted his relatives who told him that the eggs would hatch in some 15 days, and so he decided to wait for them "to hatch first, and then fly."

"Yesterday I saw the birds flying, and (it was the first time) I started my truck after 1.5 months. We are very happy as I can now start to earn again," Gürses said.

Gürses said he and his family thankfully didn't come under any financially strains during those times and instead he worked in his garden and got to spend more time with his family.

His daughter Aysima said she was very happy that she had the chance to spend more time with her dad.

"I thank the birds. There were times when my father went for a week (for work) and I missed him very much. Thanks to the birds, my father has been with us at home for 45 days, so I am very lucky," she said.