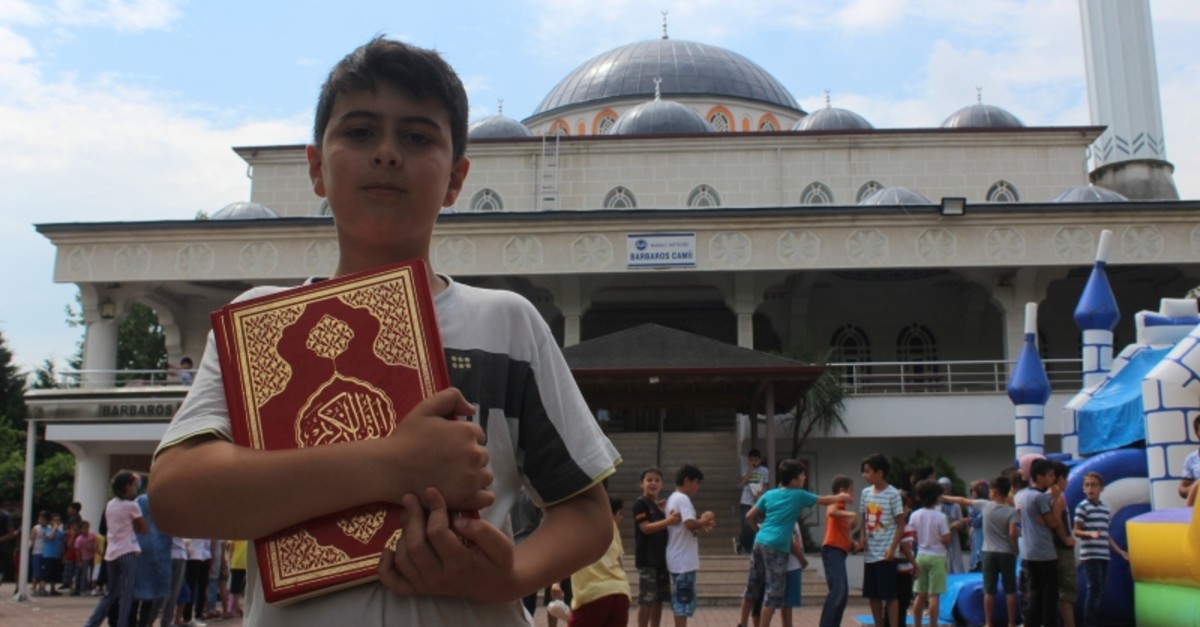 Frustrated by the small number of children attending his summer Quran reading classes, an imam in Kocaeli's Başiskele district took measures into his own hands. After making the mosque more kid-friendly with a new playground, the cleric is now overwhelmed with the number of kids. Kadir Çelikiz, who serves as the imam of Merkez Mosque in the northwestern city, is a beloved figure among children after his work to turn their time at the mosque into a fun experience. 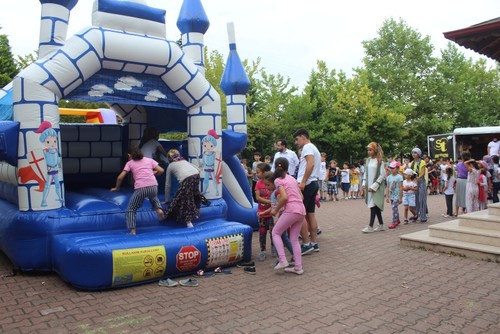 Çelikiz, like other imams across the country, teaches Quran in summertime classes. When he noticed only a few children would sign up for classes, he decided to put some attractions in the mosque's courtyard to draw them. Çelikiz, who has worked as an imam at the same mosque for 10 years, contacted sponsors for activities, and with their help, he installed an inflatable playground, started staging theater plays for children and serving them popcorn and candy. Soon, the number of children attending the classes swelled to 150 from only 30 in a year, and a record 250 children signed up for classes this year. 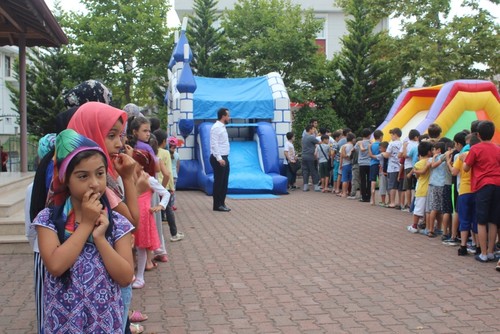 Every Monday, after classes end, children are invited to watch theater plays that teach children moral values or spend hours inside the inflatable playground. Çelikiz also organizes traditional child games for young visitors, from tug of war to sack races.

According to Çelikiz, his desire to make the mosque a more favorable place for children stemmed from his own childhood. "I used to play around at the mosque, while the adults were praying when I was a child, and they'd always chide me. This used to worry me a lot. I wanted to end this mindset and make children more attached to the mosque," he said.

As a matter of fact, worshipers tend to admonish children accompanying their parents to mosques at the slightest noise they make, and the Presidency of Religious Affairs (DİB) has recently started a campaign to call on the public for a better approach to children visiting mosques. 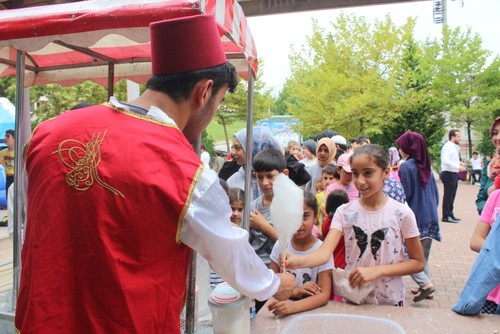 "You have to empathize with children and remember how you were treated when you were a child and went to a mosque," Çelikiz said.

The imam's efforts paid off as he recalls an encounter with three children last week.

"They were my students at summer school but were absent for a few days. I asked them why they did not come, and they told me that their parents did not want them to come to the mosque because it was far from their home, but they insisted and came anyway."

Elif Hasanatu, a young Syrian girl who is among Çelikiz's students, said she was happy to "have fun and learn Quran at the same time." Hasanatu, an illiterate girl, says the classes also had extra benefit for her to learn Arabic. "We have very good teachers here. You only need to finish the class to go out and play," she said.