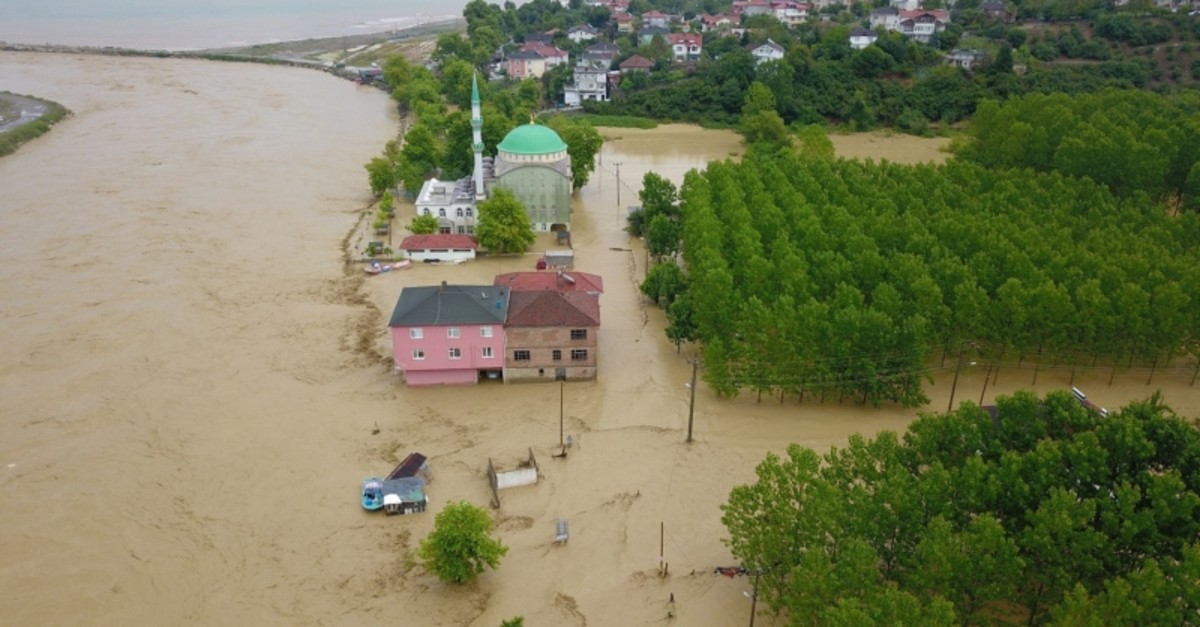 A total of 232 people have been rescued so far in the province, while search and rescue operations continue. Five bodies of the seven missing have been found since last week. The remaining are two children, sources have said.

Rescue crews from the Turkish Red Crescent, the Disaster and Emergency Management Authority (AFAD) and gendarmerie units have been mobilized to find the victims. Search dogs have also combed the region while helicopters and drones were dispatched to remote, mountainous areas of the region.

Unprecedented rainfall hit Düzce last week and floodwaters engulfed 124 villages in the province. More than 200 people were stranded in flooded areas and were rescued hours later.

The village of Esmahanım in Düzce's Akçakoca district, where a river linked to the Black Sea overflowed its banks, was hit the hardest.

Seven people, including three children, went missing in the village on July 18.

One of the most heartbreaking losses came on Monday when a child's body was found. Search and rescue crews found the body of an unidentified young girl, who went missing last week. She was the third person to be found on a list of seven people who were reported missing when the floods first hit.

​Düzce Gov. Zülkif Dağlı recently said all recovery and rescue efforts to find the missing people are ongoing. "We are currently working with a team of 700 people and 318 vehicles. Our search team consists of 234 active workers, with helicopters and search vehicles at their disposal," Dağlı said. Search and rescue efforts are focused on the river bed where waters receded following the flash floods.

President Recep Tayyip Erdoğan called Gov. Dağlı and Minister of Agriculture and Forestry Bekir Pakdemirli on Friday for a briefing on the latest situation in the flood-hit areas.

A statement by the Presidency's Communications Directorate said President Erdoğan wished well to the survivors and pledged to mobilize all the necessary resources for recovery and reparations in the affected areas.