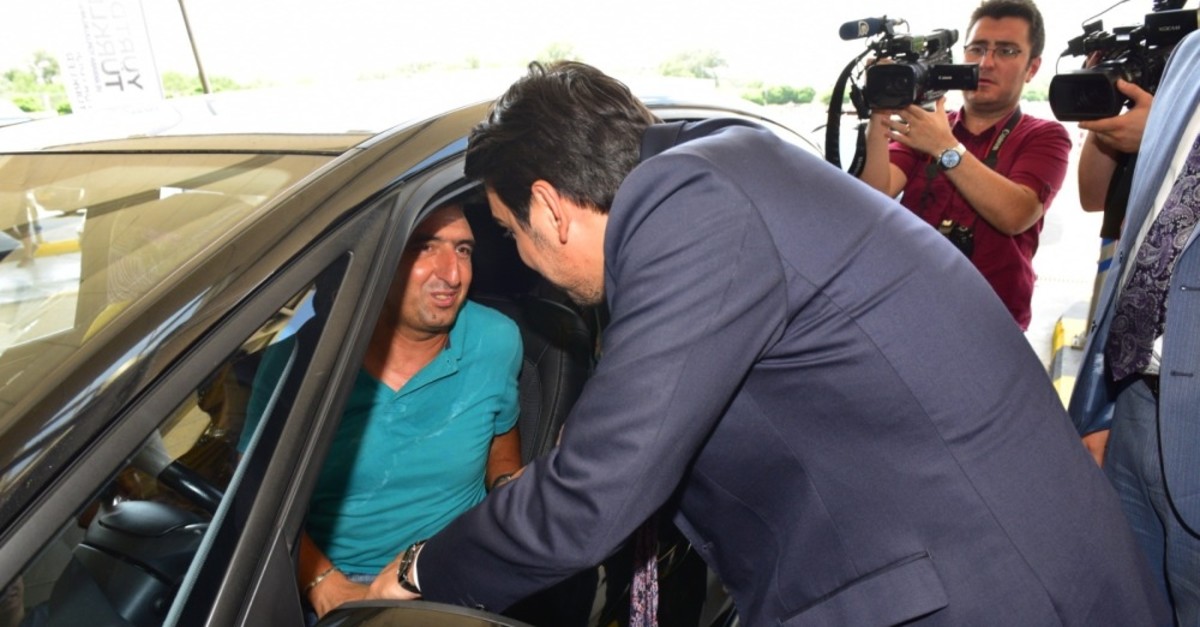 During the visit, YTB President Eren said the agency is putting in some great effort to make sure that the basic needs of the expatriates are met. He also chatted with some of the expats at the YTB kiosk, set up at the border gate.

"Our main goal is to minimize the time Turkish expats spend waiting eagerly to enter their country and meet their basic needs while doing so," he said.

"Turkish police officers are waiting at Serbian border gates with Hungary, Croatia and Bulgaria, with Serbian-speaking YTB staff, to help our citizens cross the border," he added.

Eren said YTB services are available 24/7 at specific crossing points, particularly where they may face problems during their journey, some of which can be up to 2,000 kilometers long.

Ekrem Canalp, the governor of northeastern Turkey's Edirne, was also present during the visit.

Every summer, Turkish expatriates in Europe, particularly Germany, drive all the way to Turkey to spend their summer holiday in the country, forming long lines at the border crossing. Serbia is among the main routes they take. Last year, more than 720,000 Turkish expatriates drove to Turkey from Europe.