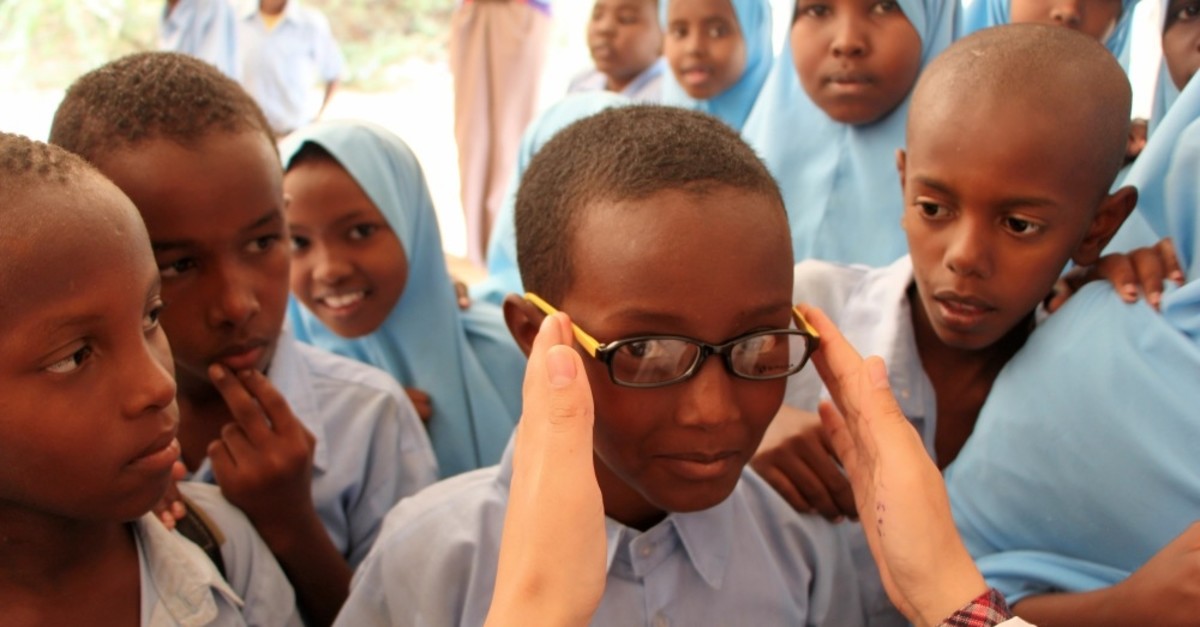 Doctors from the Turkish Cooperation and Coordination Agency (Tu0130KA), together with Kenyan doctors, conduct eye screening and eye surgery operations, Garissa, July 18, 2019.
by Daily Sabah with AA Jul 25, 2019 12:12 am

Doctors from the Turkish Cooperation and Coordination Agency (TİKA) treat many refugees in Kenya through operating eye surgeries, in commemoration of the third anniversary of the July 15 defeated coup attempt

"As part of recalling the July 15 National and Democracy Day, we offered free eye surgeries at the Dadaab refugee camp. We successfully conducted 250 eye operations in Garissa and then moved to the Dadaab camp," Emre Yüksek, TİKA coordinator in Kenya, told Anadolu Agency (AA).

Dadaab, a semi-arid town in Garissa region of Kenya, hosts 200,000 refugees, mostly from Somalia, making it the third-largest refugee complex in the world. Yüksek said the doctors from TİKA treated 250 patients, including 20 children. Furthermore, the eyesight of 40 patients returned after they were operated on successfully. The free eye treatment camp wrapped up its operations on July 27.

Magatte Guisse, who looks after Dadaab camp on behalf of the UNHCR, praised TİKA's initiative. The U.N. official said that the camp has been made infamous by my media reports suggesting it iss an insecure place, thus keeping the humanitarian and development agencies away. Guisse hoped that TIKA's initiative will encourage more relief agencies to come and help the refugees in Dadaab.

TİKA completed approximately 800 projects around the world in the first six months of 2019, as the country's leading development aid agency extends outreach in aid, from health and education to vocational training. Active in 59 countries with 61 offices, the state agency has a presence in Central Asia, Africa, the Balkans and South America.

The agency was founded with the purpose of helping former Soviet republics after the collapse of the Soviet Union and was a little-known state apparatus before it rebranded itself in the past decade as a major source for the country's international clout. It has reached out to more people in need across the globe and developed projects in the remote corners of the world. Last year, it was placed under the supervision of the Culture and Tourism Ministry, further expanding its projects in coordination with other public agencies. Serkan Kayalar, the deputy president of TİKA, said that since then, they have carried out more than 1,500 projects, such as furnishing and renovating more than 70 hospitals and clinics, around the world. Kayalar also explained that they were also involved in the refurbishment and restoration of more than 200 educational facilities and reached out to more than 10,000 people around the world through education projects.