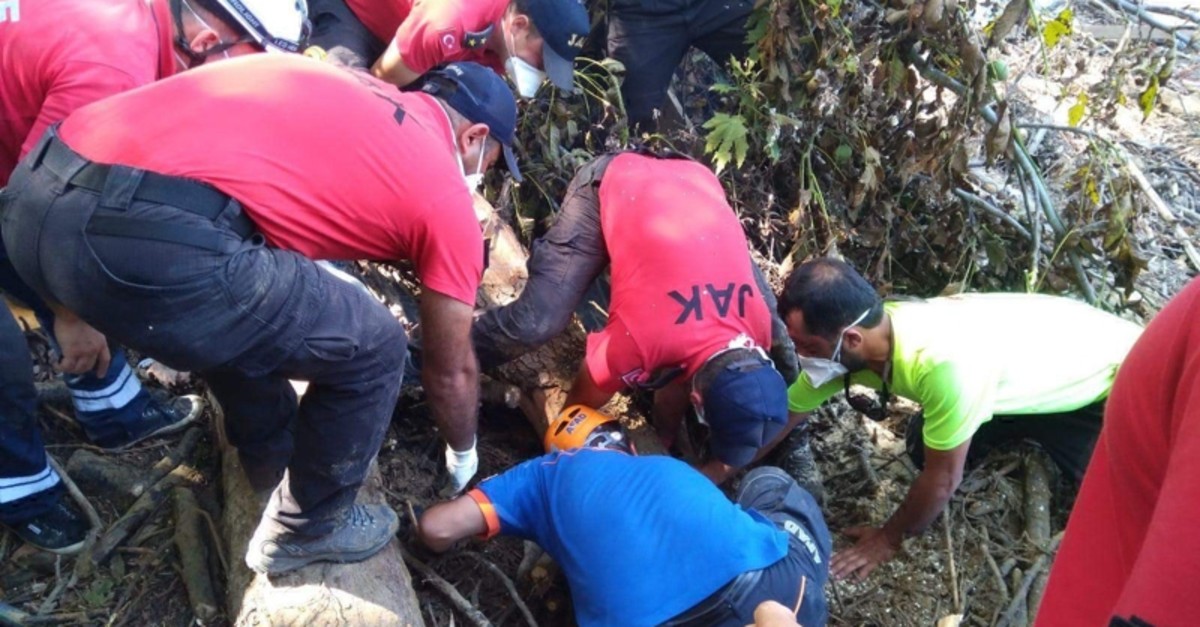 The body of a 3-year old boy was found on Monday in Turkey's flood-hit northwestern Black Sea province of Düzce, according to officials.

Identified as 3-year-old Kaan Töngel, the boy's body was found 1.5 kilometers (0.9 miles) away from the northwestern village of Uğurlu in the Akçakoca district, officials said.

He was the son of the Fatma and Cengiz Töngel couple, whose bodies were found on July 19 and July 21, respectively, near their village of Esmahanım, in Düzce's Akçakoca district.

Seven people were reported missing from the same village after it was hit by flash floods on July 17-18, the heavy rainfall triggered landslides and blocked roads to villages.

The other victims were a mother and her three young daughters.

A total of six bodies had been recovered since July 19, also 227 people had been rescued in the Cumayeri, Gölyaka, and Akçakoca districts, according to the provincial governorship.

Last Wednesday, the governorship of Düzce declared the northwestern province, a disaster-prone area.