Turkish Red Crescent to reach out to 4.5 million in 51 countries through Qurban Bayram sacrifices 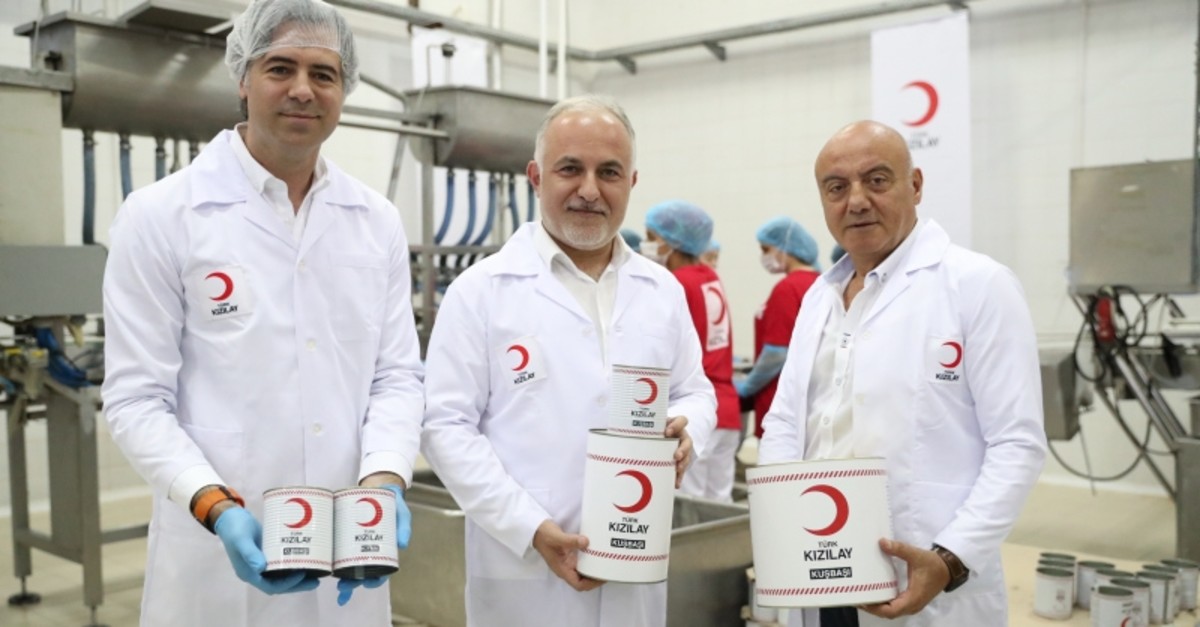 The Turkish Red Crescent (Kızılay) will reach out to the needy across 51 countries as part of festivities of the Muslim holiday of Qurban Bayram, also known as Eid al-Adha, its head said on Monday.

Speaking at a slaughterhouse located in the Aegean coastal province of Izmir, Kerem Kınık said the Red Crescent will sacrifice 180,000 shares of animals. Those who are willing to carry out their Qurban Bayram sacrifice through Kızılay are able to do so in exchange of a fee of 850 Turkish liras ($151) for Turkey and TL 725 for abroad.

Regarding the foundation's activities on Eid al-Adha, Kınık said they aim to distribute the shares of animals to 4.5 million people, including 2.5 million in Turkey and 2 million abroad.

Kınık said that meat from the sacrificed animals will be cooked and canned at a facility located in Izmir's Kemalpaşa district. He explained that the shelf life of canned meat in 18 months, adding that they will distribute the cans to those who are in need all year round.

The animals are slaughtered halal under the watch of veterinarians from the Ministry of Agriculture and Forestry, religious officials, Kızılay officials and notaries and the whole process is recorded, Kınık said.

Kızılay is the largest humanitarian organization in Turkey, with an international network through which it provides relief to other nations in need.