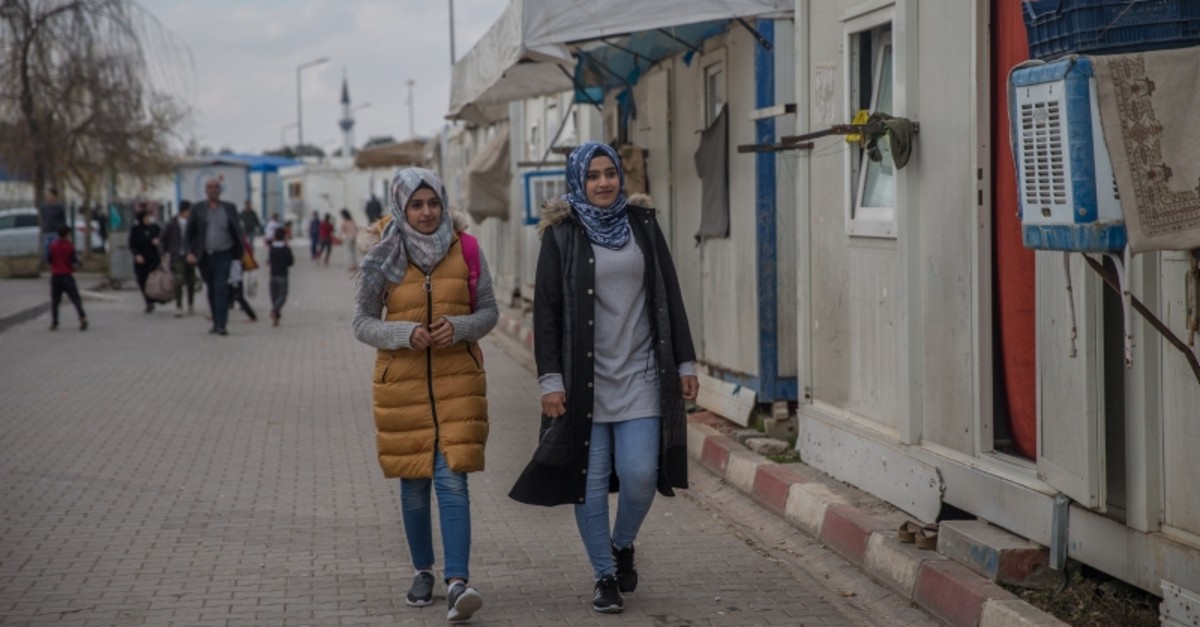 Syrian refugees Duha Sahaf (right) and her sister Sajaa Younis (left) have been admitted to Siirt University and will complete their studies (AA Photo)
by Anadolu Agency Jul 30, 2019 6:47 pm

Turkey has broken a record on higher education for students under international protection, the head of the Presidency for Turks Abroad and Related Communities (YTB) said Tuesday.

Abdullah Eren said that YTB provides "Turkey scholarships" to students from different parts of the world since 2011.

A conference was held on the "higher education for students under international protection in Istanbul with the cooperation of YTB, UNHCR Turkey and TRT World.

Eren said that Turkey had been carrying out a successful and humanistic work for those who took refuge in the country for eight years, which was also praised on the international stage.

"All of the institutions in Turkey are putting a very professional and significant effort on this issue. Unfair criticism Turkey currently faces inside and abroad will find the answers in this event," Eren said.

"With the 'Turkey Scholarship' program, we provide scholarships to many students, also benefiting from the UNHCR and EU funds. On the other hand, Turkey has broken the record in the number of refugees attending universities with 6%," Eren added.

Pointing out the importance of the event, Editor-in-Chief of TRT international channels Serdar Karagöz said TRT has been providing journalism training to refugees living in the camps. "It is one of our priorities to have the stories of these people heard on the world stage," he said.