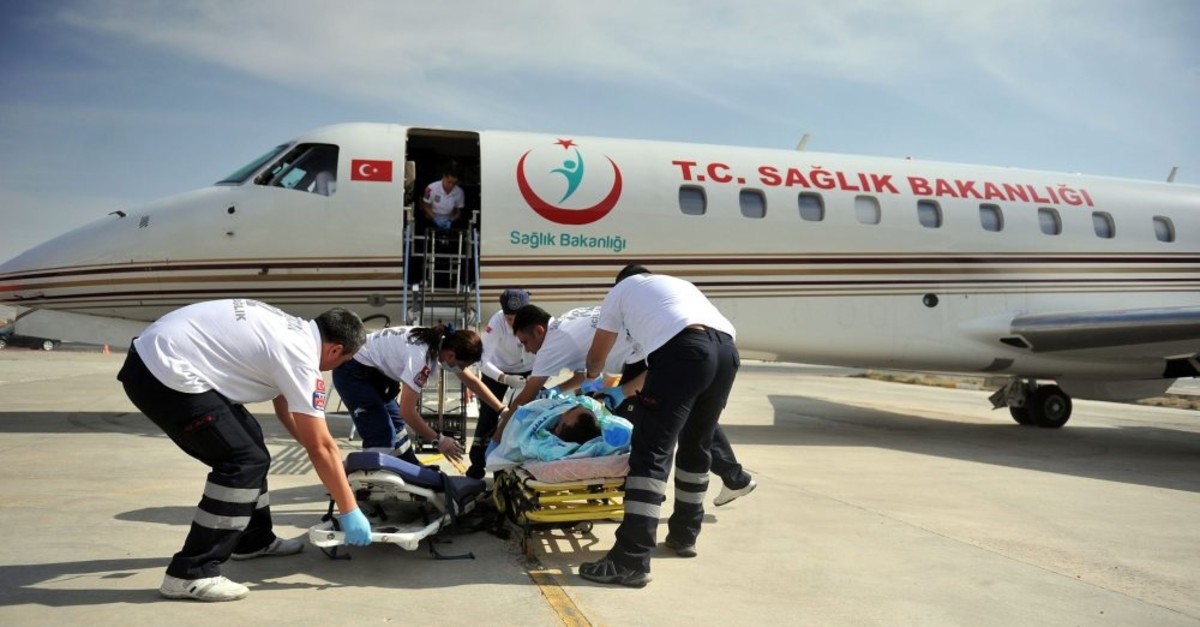 Paramedics carry a patient to an air ambulance of the Health Ministry in this undated photo.
by Daily Sabah Jul 31, 2019 12:15 am

Health Minister Fahrettin Koca said Turkey was only country in the world with free air ambulance services for its citizens both in the country and abroad. Koca shared a tweet with a video of transfer of Nebile Tekeli, a Turkish woman who suffered from a leg fracture in Italy and was airlifted to Turkey.

The Yeni Şafak newspaper reported that since 2010, air ambulances brought 637 Turkish patients from abroad to Turkey for treatment. They were mostly pilgrims who traveled to Saudi Arabia for the annual hajj and expatriates living in Germany and France, the newspaper reported.