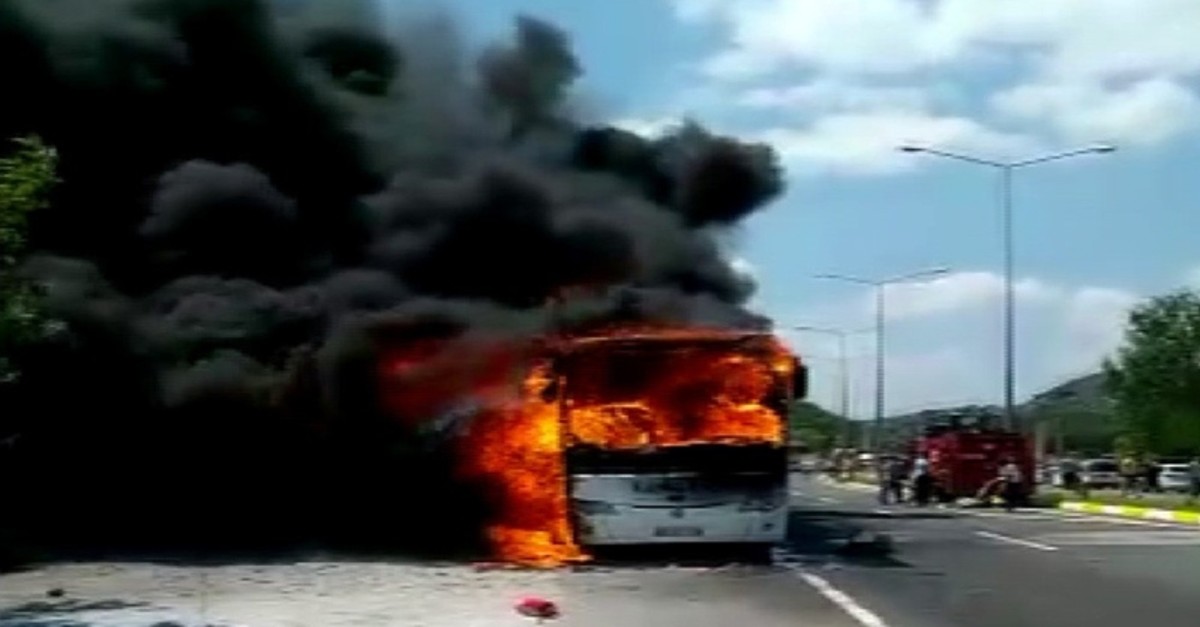 Five people, one of whom was a child, were killed after a coach burst into flames Friday on the Balıkesir highway in northwestern Turkey.

Twelve people escaped with minor injuries while 15 others were more seriously wounded. Emergency crews said none of the wounded were in critical condition.

The coach caught on fire at around 1:30 p.m. near the Gökçeyazı Gendarmerie Command. The bus was traveling to the capital Ankara from Küçükkuyu, a town in the western city of Çanakkale west of Balıkesir.

The cause of the deadly fire is yet to be determined.

The Metropolitan Municipality Mayor Yücel Yılmaz said that according to the driver's and the coach host's testimonies, the fire was sparked by the coffee machine and quickly spread to the rest of the vehicle. The driver said he immediately pulled over to the shoulder of the road to get all 34 passengers out of the coach.

Yılmaz said most among the injured suffered slight bruises while trying to exit the bus in panic.

He said the fire department's report had not concluded and technical assessments were still being made.

Some said they suspected the driver was using waste mineral oil as fuel, however the definitive cause of the blaze will be revealed by the investigation launched by the Prosecutor's Office.