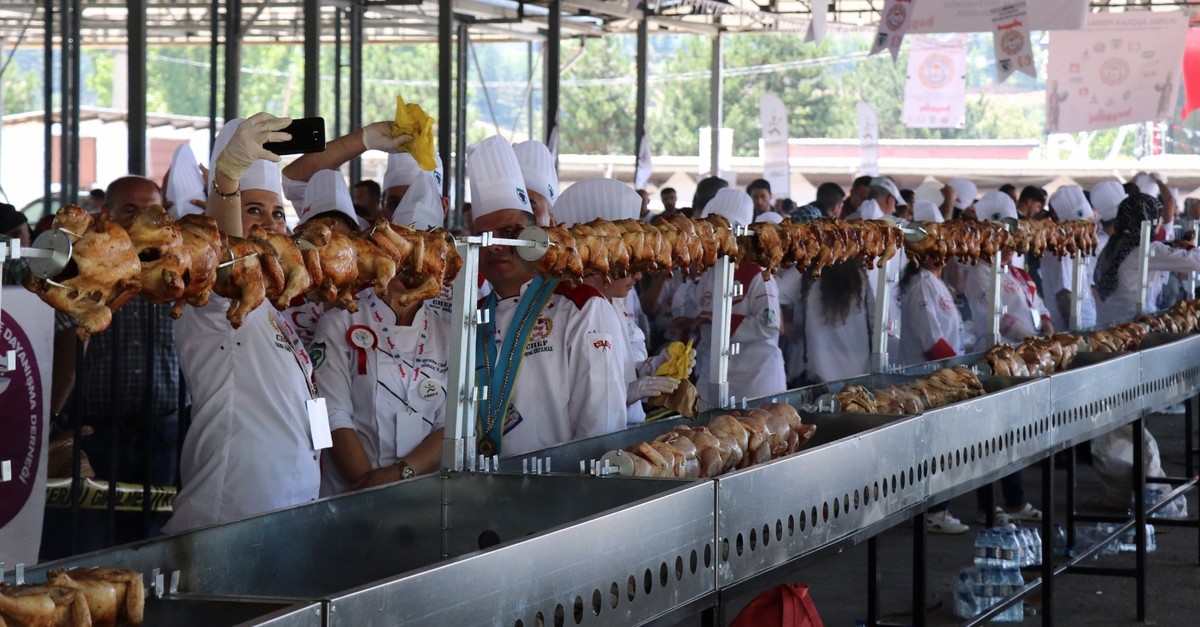 Chefs gathered in northwestern Turkey on Saturday to challenge a world record for the longest-ever rotating grill. At the Mengen International Cookery and Tourism Festival in the province of Bolu, the chefs collaborated on a 111-meter (364 feet) series of rotisserie chickens.

Chefs skewered over two tons of chicken on the spit, while festivalgoers waited patiently to feast on the event's mouthwatering results.

Melih Altundağ, head of the Turkish Cooks and Chefs Federation, said it might take some months for Guinness World Records officials to certify the attempt to beat the record.

If confirmed, the new record would easily beat the old one, as according to the official Guinness World Records website, up to now the longest rotating grill – set out in Buchenberg, Germany in 2012 – stretched a mere 60.55 meters (196 feet).