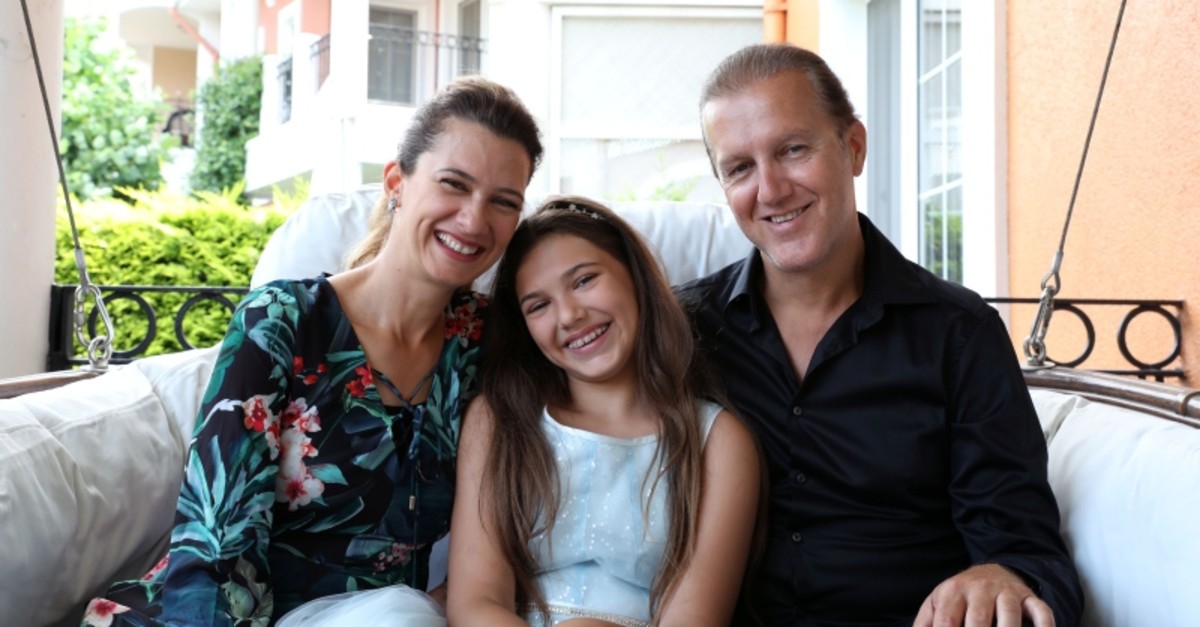 A young Turkish pianist with perfect pitch is gaining success after success, award after award despite being only 11 years old.

The pianist said Fazıl Say, Gülsin Onay, Emre Sen and Ibrahim Yazıcı were among her primary inspirations, and that her dream is to establish a big orchestra someday.

As a student of Mimar Sinan Fine Arts University State Conservatory, Bürkev first discovered the piano when she was just four years old. Her interest peaked when her music teacher said she had absolute pitch. After being accepted into the conservatory, she started working with Professor Burcu Aktaş Urgun, who prepared her international competitions.

Reiterating that music has a unifying power, and is universal as it brings different communities together, Bürkey stressed that she sees music as a factor that beautifies human relations.

Bürkev also said that her family is very supportive regarding her interest in music and piano, adding her mother gives her a pep-talk before each competition.

The young talent's mother, Neşe Bürkev told AA that the most important thing for a mother is to see her child happy and for Ilyun this is when she plays the piano. Neşe pointed out that Ilyun never really spent much time on electronic devices such as phones and tablets which, according to her, is her biggest advantage compared to her peers.

Doğan Bürkev, Ilyun's father, said that he only wanted his daughter to pursue this as a hobby for a long time because he thought his daughter would be more successful academically, but after realizing how extraordinary talented she was and seeing her achievements, they decided to prepare her for a future full of music.

"Ilyun has the opportunity to touch humanity, embrace masses and convey the language of love to all with an instrument," he said, adding that he hopes his daughter's dream of combining western and Turkish music and creating a big orchestra would come true.