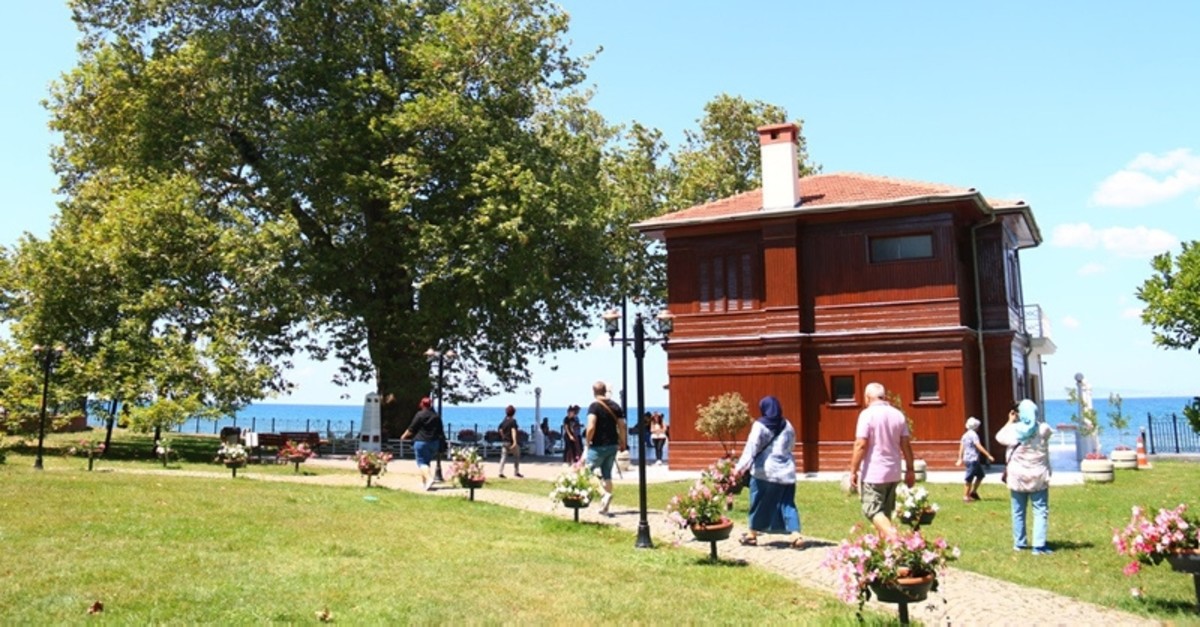 Modern Turkey's founder Atatürk's historical mansion, better known by the public as the "Yürüyen Köşk" (Walking Mansion in English), has been reopened after a week of maintenance and repair works, the mayor's office said in a statement Wednesday.

The historic mansion in northwestern Turkey's Yalova province served as a home to the Republican People's Party (CHP)'s first chairman and the founder of the Republic of Turkey Mustafa Kemal Atatürk, and got its nickname after Atatürk ordered the mansion to be moved on rails in order not to harm a nearby plane tree.

The maintenance and repair work on the mansion was carried out without harming the historic structure, the statement said.

Originally constructed in 1929, the mansion goes under repair every few years to restore the parts damaged due to humidity and salt water.

The mansion's story made headlines again in 2014 when Mayor Vefa Salman, who is still in office, ordered more than 150 trees to be cut down to make way for an overpass, including the ones near the Walking Mansion.

Long branding itself as a party opposing the "massacre of trees for the sake of development," the CHP became the subject of a heated debate over the decision. Despite criticism, 180 trees including 40 plane trees were cut down, including trees that were over 50 years old and others that were 20. The CHP released a few statements after the incident to apologize.