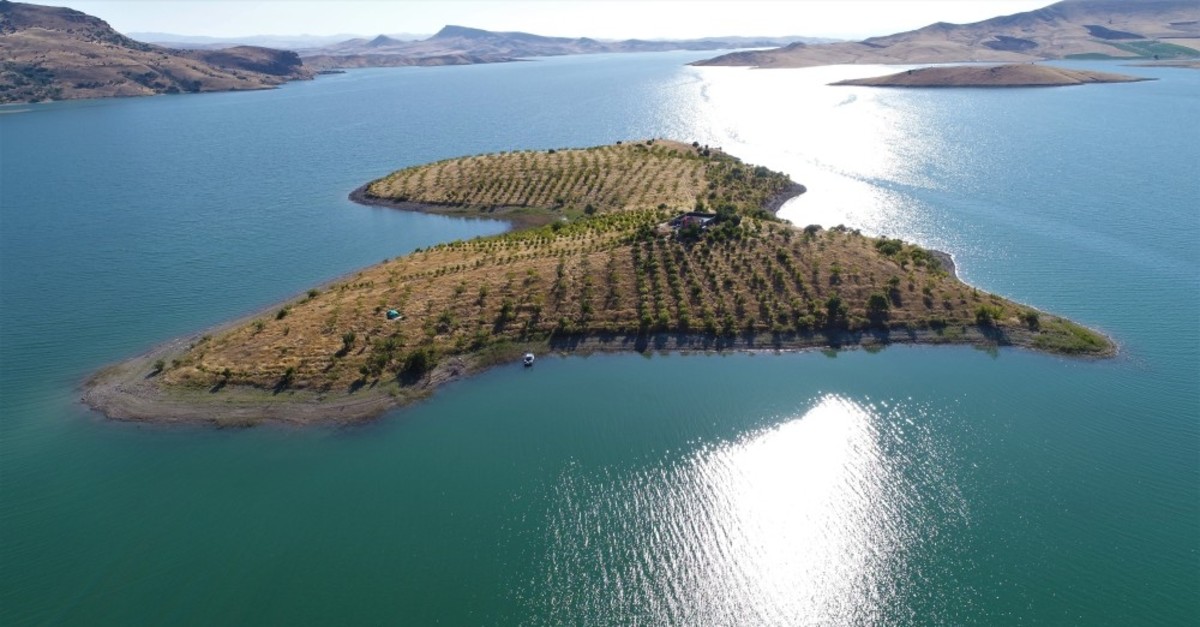 Ziya Abay, a 80-year-old native of the eastern province of Tunceli, is setting an example for environmental activists. Settling on an uninhabited island in the Keban Dam Lake basin 14 years ago, the solitary man has turned the island into a future forest by planting 3,500 saplings.

Abay, an antique dealer in the western city of Eskişehir, decided to return to his hometown Tunceli after his wife died in a traffic accident, and he felt lonely as his four children lived in different cities. He was looking for a place to live when he discovered the untouched island in the middle of the basin. When he rowed there in his boat, he only found weeds covering the surface of the 80-acre island. Determined to set up a new life for himself there, Abay built a lodge first and started planting trees everywhere. In 14 years, the number of saplings grew to 3,500. The elderly man now depends solely on the fruit and vegetables he grows and rarely leaves the island, which is slowly turning into a lush forest thanks to his constant care. His house has no electricity or running water; however, except to transport drinking water, he rarely leaves the island and says he is happy.

"I grew up in a village but left for the city when I was 20. I have been living in the city since then and only came back when I was left alone," Abay says. He says he dedicated himself to planting trees everywhere on the island, which has become quite a diverse forest, along with the orchards he set up to grow chestnuts, grapes, cherries and apricots. "I feel happy and calm here. I never spend my days idling in coffeehouses like people my age do here," he says.

He says his only problem on the island is the absence of his wife. He admits that planting trees was something he does to forget her death. "It is hard to be lonely, but this is all I can do," he says. Planting and caring for trees are not easy tasks, and he says he sought to hire laborers, but nobody wanted to help as the island is quite a distance from shore. "Still, I am glad I don't have to depend anyone for a living. I have everything here for food. This island gives me strength and happiness and in turn, I help it to be enlivened," Abay adds.