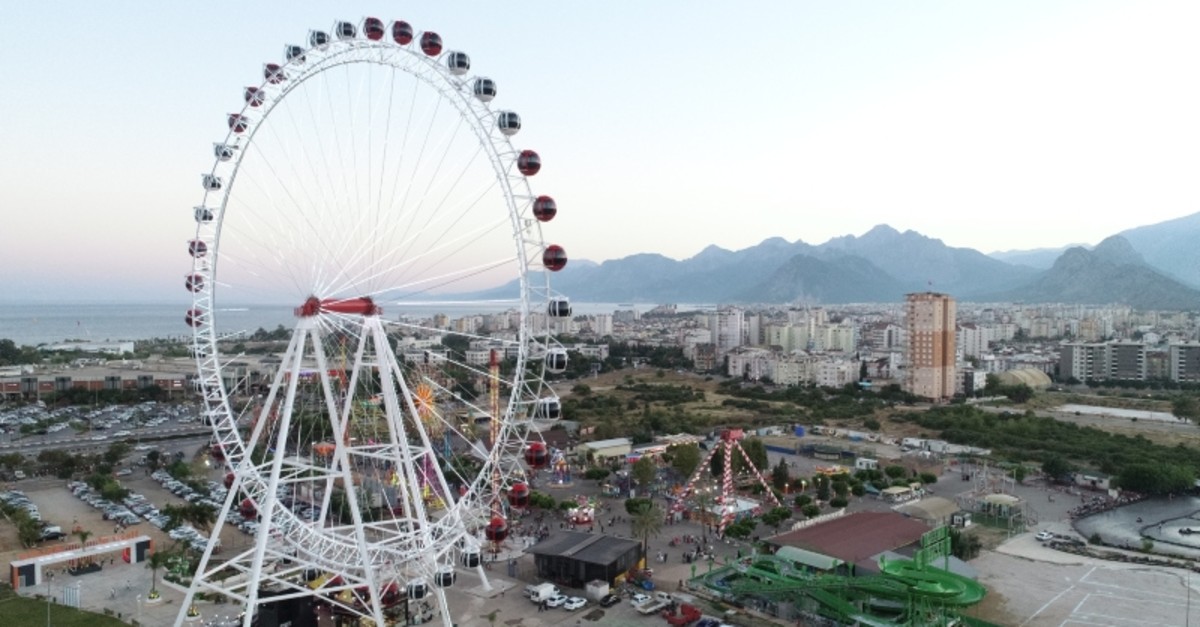 Its 90-meter-long height makes the giant observation wheel the second highest of its kind after the famed London Eye, which is the most popular tourist attraction in the U.K.

Located in the Aktur Amusement Park in Konyaaltı district, the Heart of Antalya allows visitors to have an uninterrupted view of Antalya city center and the Gulf of Antalya.

Weighing 400 tons, the Heart of Antalya was manufactured in China and brought in to Antalya with ships in a period of two months, with its assembly taking another eight months, Aktur Park Board Chairman Seçkin Etke said. Allowing 3D visuals to be displayed, its lightning system alone cost $450,000, Ekte added.