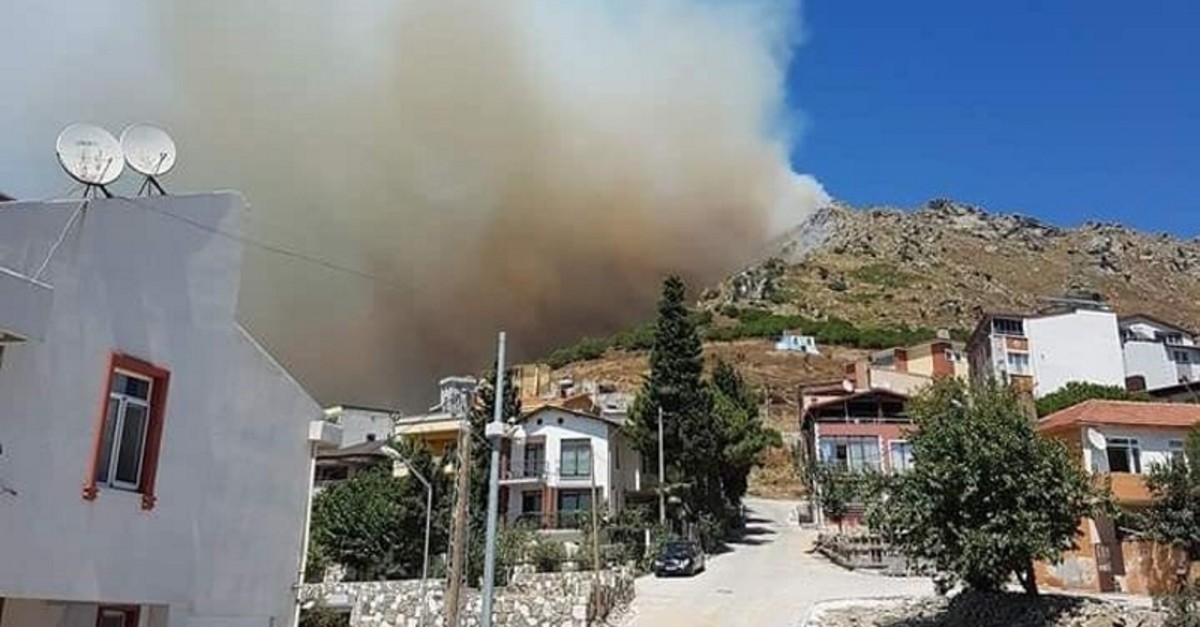 Firefighters on Monday battled forest fires that broke out on two islands in the Marmara Sea, one off the coast of Istanbul and the other in the western province of Balıkesir.

A fire started Monday in a forested area of ​​Burgazada in the Marmara, the cause of which remains unknown. Fire crews were dispatched to the scene, including firefighters from Istanbul's Maltepe district, and a helicopter was sent to aid intervention efforts.

The blaze quickly spread to an area 10 acres large due to winds.

A forest fire also broke out on Marmara Island in the western part of the Marmara Sea. The cause of the fire is unknown.

Firefighter crews from the Metropolitan Municipality of Balıkesir, the Marmara Adalar Municipality and Balıkesir Regional Directorate of Forestry, along with a helicopter, were sent to douse the flames.

Marmara Islands Mayor Süleyman Aksoy told Anadolu Agency that winds were spreading the fire quickly, adding that one helicopter was not enough to fight the blaze.

He said the condition of barns and livestock located on the northern part of the island remains unknown, but reports had been received of livestock killed in the fire.

Later on Monday afternoon, Aksoy said that the fire was quickly headed toward residential areas and could not be prevented from reaching residences.